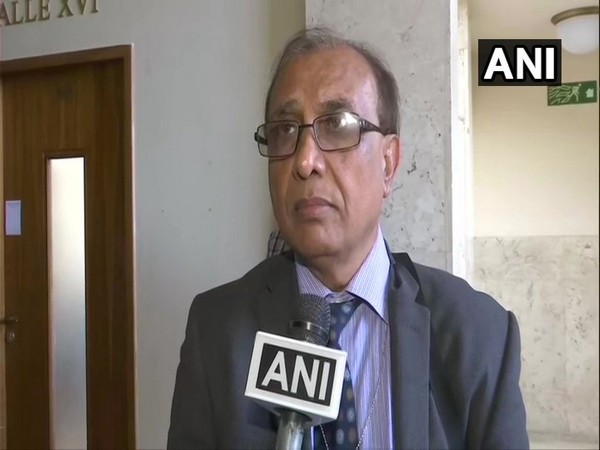 Geneva, [Switzerland], Sept 13 (ANI): Condemning Pakistan for killings and enforced disappearances of the activists and minorities in Sindh, World Sindhi Congress on Thursday urged the United Nations Human Rights Council (UNHRC) to suspend Islamabad membership until all the abducted people are freed and violence against religious minorities ends.

"There is no other country in the world whose military has got Inter-Services Public Relations (ISPR) department. It is only one country--Pakistan. Pakistan is committing one of the worst's atrocities that humankind has ever seen," Secretary-General of World Sindhi Congress, Lakhu Luhana told ANI on the sidelines of an event during the ongoing 42nd session of the Human Rights Council.
"They (Pak) want resources and land of Sindh but not the people of Sindh. They are abducting political activists, forcing minorities to leave, taking decisions against historical rights of Sindhi people, creating social and civil conflicts. We demanded today from the international community to press upon Pakistan and UNHRC should suspend its membership until all the abducted are freed until they stop the violence against religious minorities," he added.
For long, Pakistan's establishment has been criticised over its practice of enforced disappearances and extrajudicial killings by international bodies and local human rights organisations that dare to speak out on the issue.
According to the Commission of Inquiry on Enforced Disappearances, an entity established by the Pakistani government, about 5,000 cases of enforced disappearances have been registered since 2014. Most of them are still unresolved.
Independent local and international human rights organisations put the numbers much higher. Around 20,000 have reportedly been abducted only from Balochistan, out of which more than 2,500 have turned up dead as bullet-riddled bodies, bearing signs of extreme torture.
Before being elected as Prime Minister, Imran Khan had admitted in multiple interviews about the involvement of Pakistan's intelligence agencies in enforced disappearances and extrajudicial killings and vowed to resign if he was unable to put an end to the practice, holding those involved responsible.
Last month, the United States, the United Kingdom and Canada had raised the issue of suppression of religious freedom by China and Pakistan and slammed the two Asian nations for "persecuting and repressing" their religious minorities.
During the meet on Safety of Religious Minorities, the US, UK and Canada expressed concerns over the increasing, widespread and undue restrictions on religious freedom in the two countries. They also highlighted the discrimination suffered by the Uyghur community in China and of Christians, Ahmadis, Hindus and other minorities in Pakistan. (ANI)