Take some outside help if you wish to change your personality, study suggests 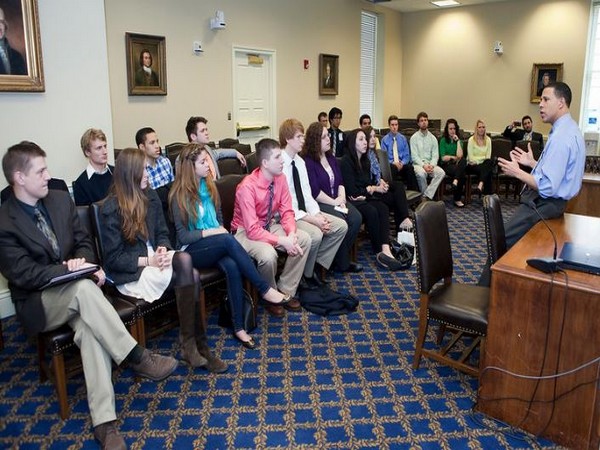 Washington D.C. [USA], Jan 31 (ANI): In a bid to understand if people can intentionally change aspects of their personalities at any given point simply because they desire to do so, a research team has shed light on the importance for outside help- professional or a friend, to push for that change.

Speaking in contrary to the old saying of personalities are more or less set in stone, research has proven that personalities do change throughout the lifespan, often in line with major life events.
The study was led by a University of Arizona researcher and published in the Journal of Research in Personality.
There is evidence that people tend to be more agreeable and conscientious in college, less extroverted after they get married and more agreeable in their retirement years.
Researcher Erica Baranski and her colleagues studied two groups of people, approximately 500 members of the general population who ranged in age from 19 to 82 and participated in the research online; and approximately 360 college students.
The participants were asked whether they desired to change any aspect of their personality from the five key personality traits: extroversion, conscientiousness, agreeableness, openness to experience and neuroticism, also referred to as emotional stability.
Most people across both groups wished to increase extroversion, conscientiousness and emotional stability.
After taking a survey of both the teams again a year later, neither group had achieved the personality goals they set for themselves at the beginning of the study, and, in fact, some saw a change in the opposite direction.
It was the college student who did show some changes in comparison to that of the general population.
However, the college group was either in the opposite direction than desired or were for different personality traits than the one the person intended to change.
Students who desired to be more conscientious actually exhibited less conscientiousness six months later.
In addition, students who expressed their wish to be more extroverted showed increases in agreeableness and emotional stability rather than extroversion in the follow-up.
Baranski said that perhaps as part of their effort to become more social and extroverted, they actually focused on being friendlier and less socially anxious - behaviors more directly related to agreeability and emotional stability, respectively.
She also said that college students may have exhibited more change because they are in such a transformational period in their lives.
Baranski's findings explain how difficult it can be for people to change aspects of their personality based on desire alone, but outside help- from a professional, a friend or maybe even a mobile app reminding them of their goals can be beneficial. (ANI)