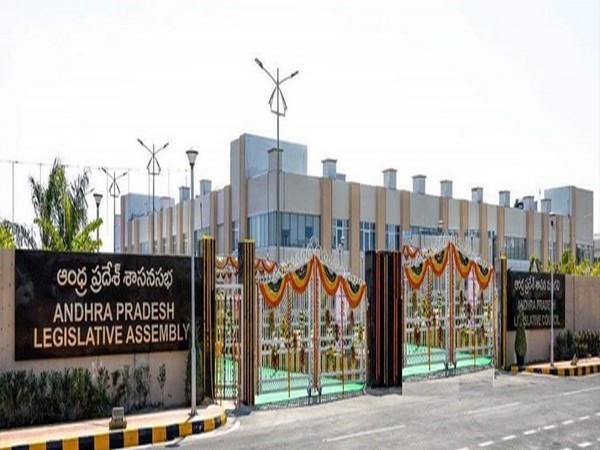 The committee has summoned him to appear and give an explanation on some comments he allegedly had made on the speaker of the assembly Tammineni Sitaram.
Privilege Committee chairman Kakani Govardhan Reddy said that Atchannaidu has apologised for his comments on the speaker, and the committee will take a decision on him later.
The committee has called on TDP MLAs Atchannaidu, Koona Ravi Kumar, Nimmala Ramanaidu and previous State Election Commissioner Nimmagadda Ramesh Kumar on different issues. However, Atchannaidu has appeared before the committee today.
"Today Privilege Committee meeting was held at Assembly Committee Hall. TDP leader Atchannaidu was called on, and his explanation is sought on his comments on the Assembly Speaker," AP Assembly Privilege Committee Chairman Kakani Govardhan Reddy said while addressing media.
He said that the TDP leader appeared before the committee physically and gave an explanation today.
"He explained about the press note in question that it was released by mistake and he is withdrawing it. He expressed an apology over the matter. We will send a brief note of his explanation to all the members of the committee. We will collect their opinions, after that, we will decide the action to be taken on him," the Chairman added.
While on the other hand, another TDP MLA Koona Ravi Kumar did not appear before the committee when he was called.
"Further action will be taken after receiving his explanation. We have served notices to the then State Election Commissioner Nimmagadda Ramesh Kumar and TDP MLA Nimmala Ramanaidu. Privilege Committee will meet again on September 21 and clear all pending issues," he said further.
Reacting to the summon, TDP deputy floor leader in Andra Pradesh Assembly K Atchannaidu said, "One MLA had complained to the speaker against me that I had made indecent comments on the speaker. The speaker had referred the matter to the privilege committee. I was served notice on that complaint. I had replied to that notice. However, the committee did not satisfy with my reply, so they summoned me."
YSRCP MLA Jogi Ramesh had complained against TDP MLA Atchannaidu that he had made comments against the assembly speaker in a press statement. Based on that complaint, the Privilege Committee had summoned Atchannaidu. (ANI)