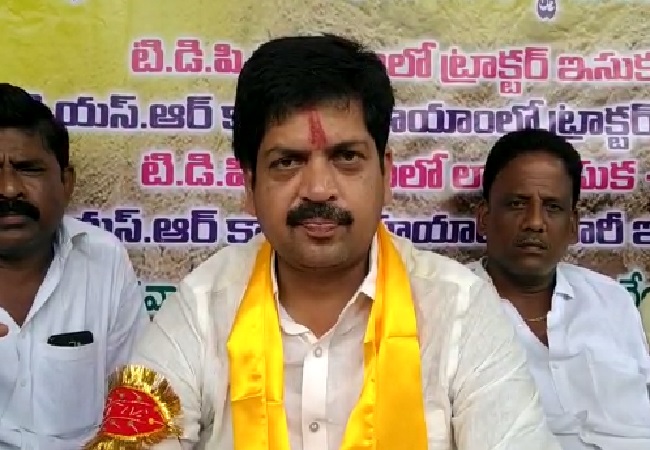 Krishna District (Andhra Pradesh) [India], Oct 11 (ANI): After being dropped at his residence by Machilipatnam police, former minister and TDP leader Kollu Ravindra on Friday said he will continue the hunger strike at his residence.

Ravindra was arrested by the police from his protest venue.
"I will continue my 'Deeksha' till tomorrow evening here at my residence," he said.
Ravindra said, "YSRCP government came to power and five months passed by but still sand scarcity is prevailing."
"Labour in the construction sector are facing many problems. So I am holding 36 hours fast protesting against the government's failure," he said.
He further said that the police have denied permission for his protest. "The government is acting undemocratically. The police house arrested our leaders. They arrested me from protest venue forcibly. This is undemocratic."
"The government is acting in a dictatorial manner, and denying our constitutional right," he added.
Ravindra started 36 hour-long fast against the government alleging its failure in handling sand scarcity. However, the police immediately arrested him and moved to different police stations and at last dropped him at his residence. (ANI)