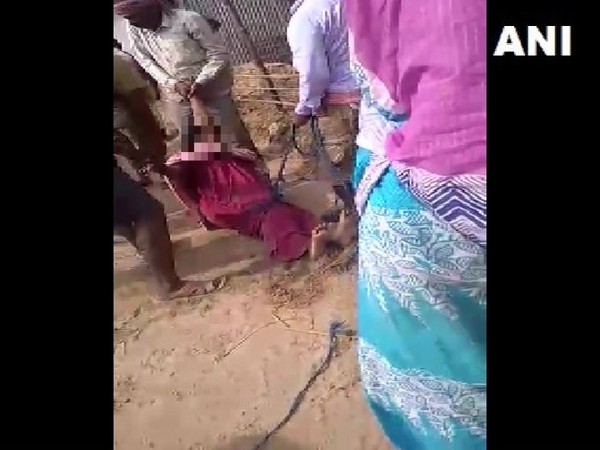 South Dinajpur (West Bengal) [India], Feb 3 (ANI): A primary school teacher has registered a police complaint against five people who allegedly assaulted her after she protested their bid to acquire her land forcibly for construction of a road in West Bengal's South Dinajpur district.

The teacher from Gangrampur of the district was tied with a rope, dragged and beaten up by a group of people, allegedly including a local TMC leader Amal Sarkar, after she protested against their bid.
An investigation into the matter is underway.
The district TMC leadership has expelled Sarkar, who is accused of being a part of the group which assaulted the teacher. (ANI)