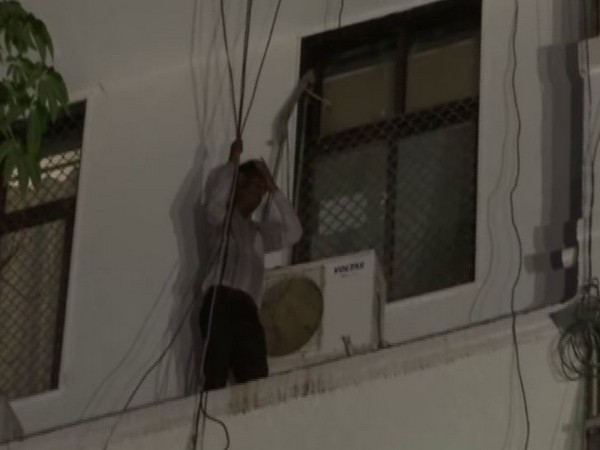 Mumbai (Maharashtra) [India], September 16 (ANI): A teacher from Jalna, climbed on to a landing between the third and the fourth floor of the MLA hostel here and threatened to jump off was eventually rescued by police and fire brigade after being persuaded by Vidhan Sabha Speaker Nana Patole.

Gajanan Khaire, was demanding that a government resolution be released for a grant for unaided schools in Maharashtra.

After receiving information, the police and fire brigade reached the spot and put a security cordon and laid a mat on the landing of the first floor in case he did jump.

A police officer initially started negotiating with him and later Vidhan Sabha Speaker Nana Patole and Uday Samant rushed to the spot to assure Gajanan of all help.

Patole and Samant gave him assurance in writing but then he asked for the Chief Minsiter's signature on the written assurance.

The leaders spoke to him through a window and he was convinced.

"We have already formed a committee under the Minister Balasaheb Thorat which will look into this matter," said Nana Patole. (ANI)