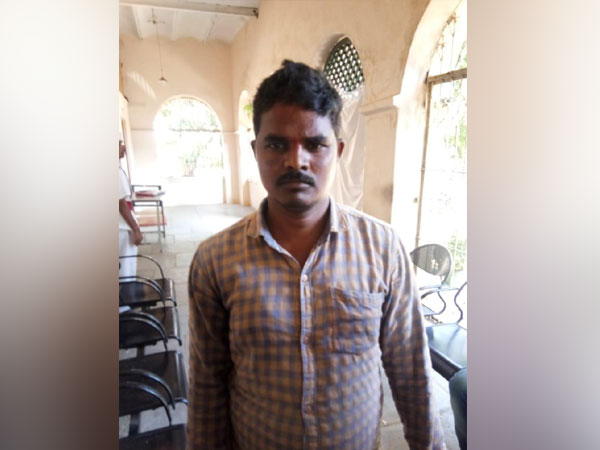 Ranga Reddy (Telangana) [India], Oct 12 (ANI): A 30-year-old man was given life imprisonment and slapped with a fine of Rs 10,000 for brutally killing his mother and four-year-old daughter.

A case under Section 302 of the Indian Penal Code (IPC) was registered against the accused, identified as Siddigari Narasimha.

The gruesome incident came to light after Mangu Naveen Kumar, the Village Revenue officer of Kadthal lodged a complaint with the police that the convict's mother and a toddler were lying in a pool of blood with injuries at Narasimha's house in SC Colony.

It was found by the police that the accused was an old offender and had been behind bars for murdering his wife over dowry in 2015 but was released on bail.

He used to allegedly beat his mother, take away what she earned and spend it on liquor.

On 14 June 2018, he picked up a fight with his mother Sukkamma and demanded money, and when she refused, he bashed her head with a pestle. Not only that, he also thrashed his daughter when she tried to intervene.

Siddigari Narasimha was arrested on the same day of offence and remanded. (ANI)