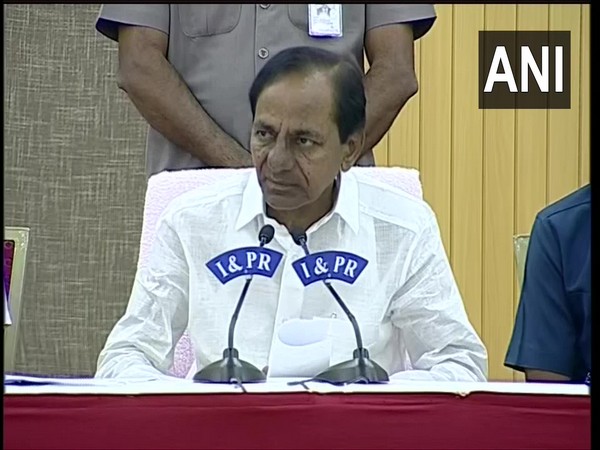 Hyderabad (Telangana) [India], November 23 (ANI): A day after Telangana government responded to the High Court in a matter pertaining to updating non-agricultural properties in its Dharani land portal, Chief Minister K Chandrashekar Rao on Sunday instructed the officials concerned to start the process of registration of such properties, once the HC vacates its stay.

Dharani is a one-stop portal of the government for all matters pertaining to land transactions.
Rao asked the administration to be ready to start the registration process from November 25.
"Chief Minister K Chandrashekar Rao said the government had already given an explanation on the issues raised by the Telangana High Court in this regard. Since the case comes up for hearing on November 23, the administration should be ready to start the registration process from November 25," Chief Minister's Office (CMO) said in a statement.
The officials have already fixed the price of properties in villages, towns and urban areas and nobody has any discretionary powers to change them, the CMO said.
The Telangana High Court on November 4 had directed the state government to stop collecting and uploading any data pertaining to non-agricultural properties of individuals in its Dharani land portal in view of data security.
As the court had issued interim directions and stayed the entry of non-agricultural property details, the state government on November 21 told the Telangana High Court that mentioning Aadhaar and caste details on the Dharani portal was optional. (ANI)