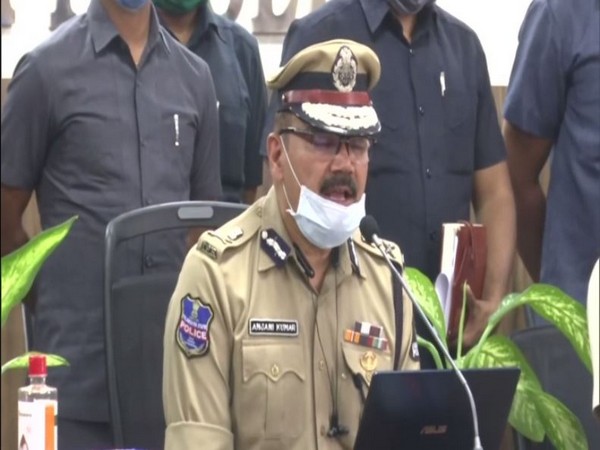 Hyderabad City Police Commissioner Anjani Kumar informed media that the West Zone Task Force of Hyderabad City Police working on credible information conducted an operation and arrested four people with the "Hawala" money.
"Today, we received credible information that four persons are moving in two cars with huge cash and present near Skoda Show Room, Road No. 12, Banjara Hills, Hyderabad," said Kumar.
"We immediately proceeded to the spot and intercepted two vehicles and apprehended Eshwar Dileepji Solanki of Patan district of Gujarat, Harish Ram Bhai Patel of Patan district in Gujarat, Ajith Singh R Dodiya of Gandhinagar district of Gujarat, and Rathod Kanak Singh Natubha Somnath district of Gujarat, along with net cash of Rs 3,75,30,000," he added.
He further informed that the arrested accused intended to transport the cash from Hyderabad to Solapur.
"On interrogation, it is revealed that all the respondents are working in P.Vijay and Company, which has a head office in Mumbai and a branch office in Banjara Hills, Hyderabad. The owner of the company is Kamlesh Shah, who is a native of Ahmedabad. A Few more names have come up in the interrogation" he said.
He further added that the case will be handed over to the Income Tax Department for further investigation.
"The amount will be handover to the Income Tax Department for further necessary action. The persons who are in possession of money will be examined by the Income Tax Department," he said. (ANI)