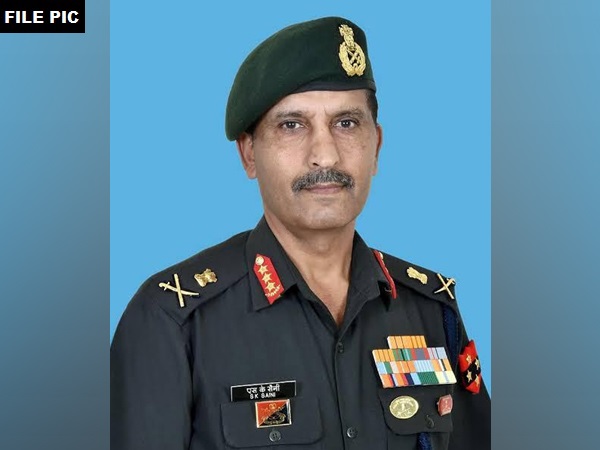 New Delhi [India], Jan 28 (ANI): Terrorist launch-pads have been reoccupied and camps activated across the Line of Control (LoC) in Pakistan-occupied Kashmir, said Army Vice Chief Lt Gen SK Saini on Tuesday adding that his force is ready to meet these challenges.

"The situation in Jammu and Kashmir on both LoC and the hinterland is under control. We are fully geared up to meet challenges that come across," Army Vice Chief Lt Gen Saini said.
"The launch pads have been reoccupied and terrorist camps are active in PoK. Ceasefire violations have gone up last year," he added.
Saini was responding to ANI's questions soon after receiving a guard of honour on his appointment as the Vice Chief of Army.
In the last few weeks, there have been reports of heightened terrorist activities in PoK backed by the Pakistan Army.
Asked to comment on his priorities as Vice Chief, he said: "Removing hollowness in terms of critical deficiencies of equipment, ammunition, etc, capability development along the Northern borders."
The hollowness in preparedness was first highlighted a few years ago when it was brought to attention by the then Army Chief General VK Singh that the Army was facing a critical shortage of ammunition and weapon systems required for fighting wars.
Saini also stressed that he would work towards aligning the Army Headquarters with the newly created Department of Military Affairs under Chief of Defence Staff.
He said he would work towards bringing in more jointness into the working of the Army with the newly created structures. (ANI)