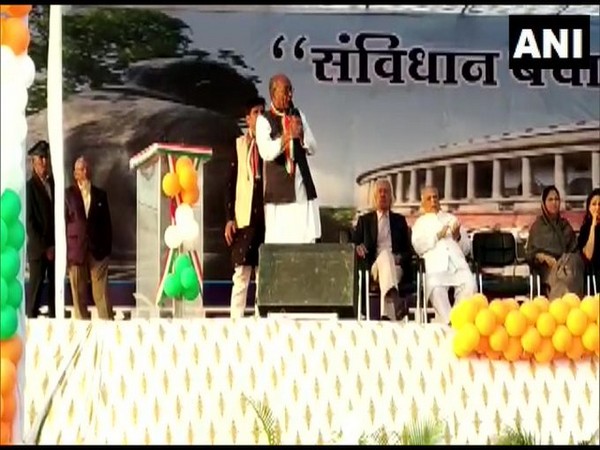 Indore (Madhya Pradesh) [India], Feb 3 (ANI): Congress leader Digvijaya Singh on Sunday said that Union Minister Anurag Thakur's provocative remark and incident of firing in Jamia Nagar by a juvenile were all part of a 'chronology '.

"Citizenship Amendment Act (CAA) will be brought, then NPR (National Population Register) and later NRC (National Register of Citizens) will be introduced- Amit Shah gave us this chronology. But now, we are witnessing another chronology", said Digvijaya Singh.
"A Union Minister says 'Goli Maaro' and then one of their men appear and fires bullets, all this while police kept standing. Do you understand this chronology? It was a hateful statement but the Election Commission did not give him any punishment. Do you understand this chronology?" he said.
A man had opened fire in Jamia area last week on Thursday. A student of Jamia Millia Islamia University had sustained injuries in the incident. The accused had brandished a gun at the protestors despite heavy police presence and fired at the marching students.
Election Commission of India on January 30 has put a 72 hours ban on campaigning by Thakur for his alleged remarks. The statements of the BJP leader evoked sharp reactions from several quarters.
The voting for the Delhi Assembly is scheduled to take place on February 8. The counting will begin on February 11. (ANI)