The Budget will prepare India to become a $5 trillion economy, says Piyush Goyal 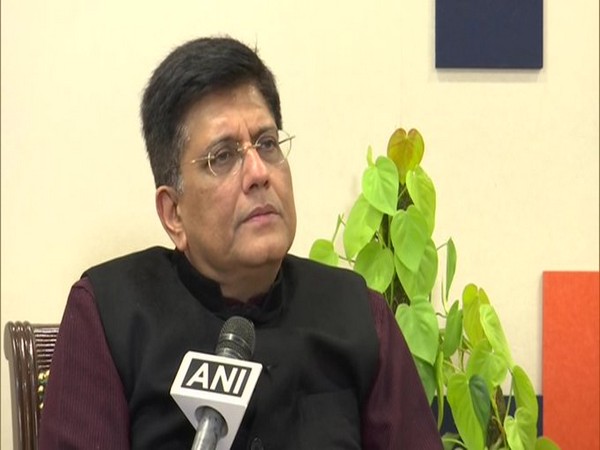 New Delhi [India], Jan 31 (ANI): The Union Minister for Commerce and Industry Piyush Goyal on Saturday said that the Union Budget for the year 2020-21 is a balanced one that prepares India to become a 5 trillion dollar economy.

"It is a balanced Budget which prepares India for the decades ahead of us and prepares the country to become a 5 trillion dollar economy. It also covers a vast canvas both on the social side, on economic development and ensures that we continue to remain an economic powerhouse," the Minister told ANI.
The Minister also responded on the proposal to sell a part of government holding in Life Insurance Corporation (LIC) through an initial public offering (IPO).
"If a small part of Life Insurance Corporation (LIC) goes to the public, it will increase transparency and accountability, after all, it is the public's property. I do not think there is any harm if a small part of it is with the people," the Minister said.
Union Finance Minister Nirmala Sitharaman on Saturday announced that the government proposes to sell a part of its holding in LIC through an initial public offering.
The announcement was made by the Minister in her Budget speech in Parliament. (ANI)