They are trying to use their allies ED, CBI to threaten, alleges TMC 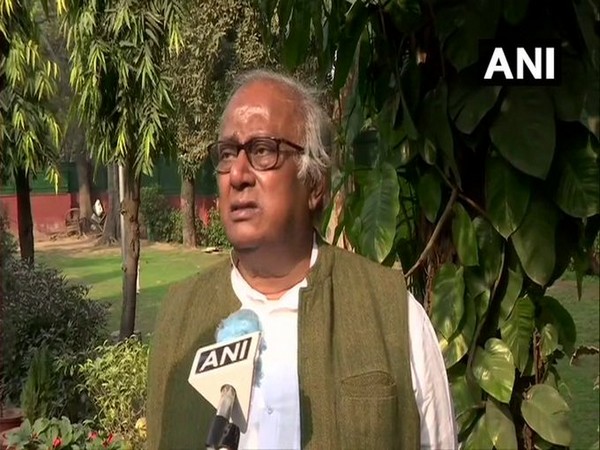 Kolkata (West Bengal) [India], February 22 (ANI): After the Central Bureau of Investigation (CBI) served notice to the wife of Trinamool Congress (TMC) Member of Parliament Abhishek Banerjee in a coal scam case, TMC on Monday pounced on Bharatiya Janata Party (BJP) saying they are trying to use their allies (Enforcement Directorate and CBI) to threaten the party.

"Now BJP is left with no allies. Akali and others have left so their only allies are CBI and ED. They are trying to use their allies to threaten and pressurise TMC, which is their main opponent. Whatever CBI has issued will be dealt legally. We must send out the message that we are not going to be threatened by any such effort," said Trinamool MP Sougata Roy, reacting to the incident.
The move by CBI took place post Sunday noon when a group of officials came to Abhishek Banerjee's residence at South Kolkata looking for Rujira Banerjee Naroola. Officials left from 'Shantiniketan' (Abhishek Banerjee's residence) after approximately two hours.
In another crucial development, CBI has also issued summons to Abhishek Banerjee's sister-in-law Maneka Gambhir in connection with the coal scam case.
While speaking on election preparedness, Roy told, "We are in full election mode. TMC is fully preparing in every possible way. The government programmes in the last two months had a big impact. BJP is trying to bring outsiders to portray. The outsiders include Prime Minister Narendra Modi and Home Minister Amit Shah. It is a fight between the Bengalis and the outsiders. Mamata Banerjee is leading the Bengalis. Our assessment is that we will bring a comfortable majority, BJP will not be able to get three figures."
The fight to power is getting intense in Bengal especially between TMC, BJP and Left-Congress alliance with each party trying to reach out to people highlighting each other's failures and projecting an assurance.
The state is gearing up for the upcoming Assembly Election for 294 seats this year. The tenure of the current government in the state is coming to an end on May 30. (ANI)