Those who do such things should be punished: G Kishan Reddy on Jamia University firing incident 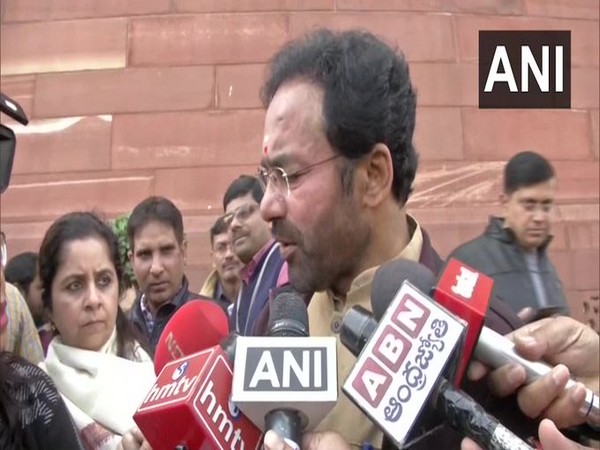 New Delhi [India], Feb 3 (ANI): Union Minister of State for Home Affairs, G Kishan Reddy on Monday, while referring to the last night's firing incident near Jamia Milia Islamia University, said that those who do such things should be punished.

"These things should not happen. Those who carry arms and do such things should be punished. The government will take strict action," he said while speaking to reporters here.
The Delhi Police has registered an FIR in connection with the firing incident that took place near Jamia Millia Islamia University on Sunday night.
A statement was made by an eyewitness in the FIR saying, "On Sunday, at around 11:30 pm, at gate number 7, two people in a two-wheeler were approaching towards the Jamia University. The person on the pillion seat stood up and shot a bullet. They later escaped towards Holy Family Hospital."
The firing incident was reported near gate number 5 at the university following which people including some students of the varsity gathered outside the Jamia Nagar police station.
Reddy also said that keeping in view the situation in the country regarding coronavirus, a task force has been constituted.
"A task force has been constituted over coronavirus keeping in view the situation in India. The first meeting is to be held today," he said.
Earlier in the day, Kerala Health Minister KK Shailaja on Monday said that the third case of coronavirus tested positive in Kerala.
"Today one more case has tested positive from Kasaragod. The patient is under treatment in Kanjangad District Hospital in Kasaragod. The patient's' condition is stable. The student had returned from Wuhan," Shailaja said. (ANI)