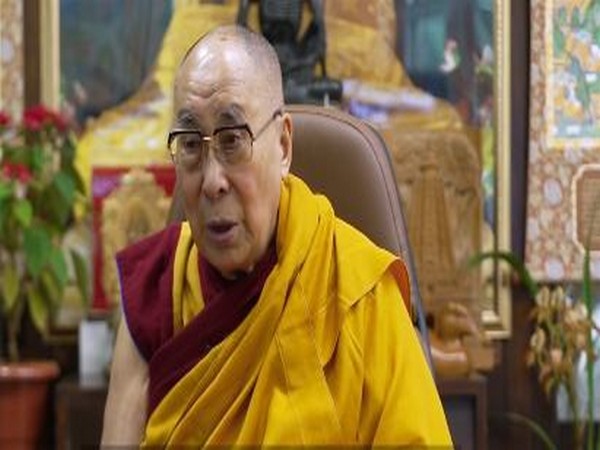 "Tibetan Buddhism tradition is the true Nalanda tradition that uses reasoning extensively and takes a logical approach," said Dalai Lama.
"The Nalanda tradition makes extensive use of investigation on the basis of reasoning. 'Tsema, Tsema', taking a logical approach," he added.
Previously, Tibetan Buddhism was described as Lamaism. Now, more and more people recognise that the Tibetan Buddhism tradition is based on a logical approach. Therefore, a number of scientists are also now showing interest, said Dalai Lama.
He also lauded the efforts of Bob Thurman, an American Buddhist author and academician who created Tibet House in New York.
"Organisations like Tibet House have been very useful and very helpful in making clear what Tibetan culture is, what the Tibetan way of life is, and what Tibetan Buddhist tradition is. Bob Thurman, you and your wife have really worked in a very meaningful way. So, first of all, I want to thank Bob Thurman, and then those people who have helped him," said Dalai Lama.
Tibetan culture has not only been preserved among Tibetans, but has also been shown to the outside world due to Tibet House.
Describing about the early ordreals he said, "When we became refugee and came to India as refugees; in one way it was sad, but in another way it was a new opportunity to show the outside world Tibetan culture and Tibetan tradition. In the meantime, a number of foreigners, Americans, were really attracted to Tibetan culture and Tibetan tradition."
Thanking everyone who helped in preserving the Tibetan culture and traditions, Dalai Lama said, "I really appreciate Bob Thurman, my longtime friend, as well as the late Sogpo (Mongolian) Wangayal, the late Geshe Wangyal, who lived in a small temple in New Jersey. He created some interest among young Americans in Tibetan culture and these things. I very much appreciate all your work. I want to express these things to you and wish my Tashi Delek. Thank You." (ANI)