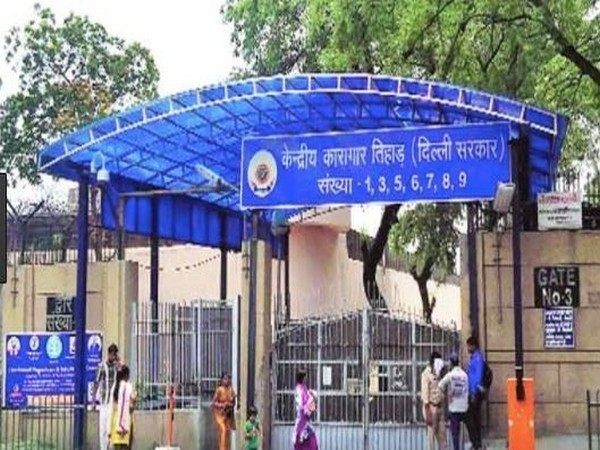 New Delhi [India], June 30 (ANI): An inmate in Delhi's Tihar Jail on Monday was stabbed to death by another prisoner allegedly as revenge for rape, police said on Tuesday.

On June 29, in jail number 8 of Tihar central jail, 28-year-old Mehtab was stabbed to death by 22-year-old Zakir who is lodged in the prison in a murder case.
"During initial inquiry at Tihar jail no. 8, it surfaced that another inmate Zakir stabbed Mehtab multiple times with a self-made knife-like metal piece," Delhi Police said.
Mehtab was accused in a rape case of the minor sister of Zakir. He was booked under Section 376D, 328, 363, 342, 120B IPC and Section 4 of POCSO Act at Ambedkar Nagar police station, Delhi. She reportedly committed suicide later.
Zakir, in Tihar for a murder case was transferred from jail number 8 , to ground floor in ward number 4.
"This transfer was allegedly done on the request of the accused as he had a fight with other inmates in the previous ward," police said.
The deceased Mehtab was already lodged in ward 4 on the first floor.
"On June 29, at morning prayer time, when other inmates came out for prayers, accused went upstairs and finding Mehtab assaulted him with a knife-like object," police said.
Zakir was holding a deep grudge against the deceased and was looking for an opportunity to take revenge, police added.
A case under Section 302 (murder) of the Indian Penal Code (IPC) was registered at Hari Nagar Police Station. (ANI)