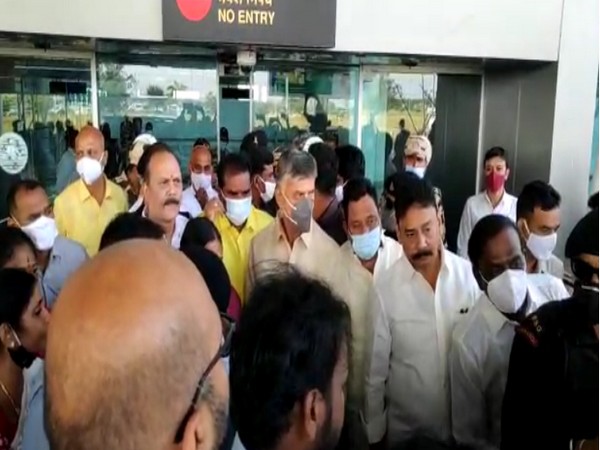 Naidu flew from Hyderabad and landed at Tirupati Airport at Renigunta this morning.
The former Chief Minister will first offer prayers at the Lord Balaji temple and then start his poll campaign.
Later, he is scheduled to interact with party local leaders at a private convention center and then he will leave for Srikalahasti in the afternoon to participate in the election campaign along with TDP candidate Panabaka Lakshmi.
By-election for Tirupati Parliament Constituency is necessitated due to the demise of sitting MP Balli Durga Prasada Rao of the ruling Yuvajana Sramika Rythu Congress Party (YSRCP).
Polling will be held on April 17. (ANI)