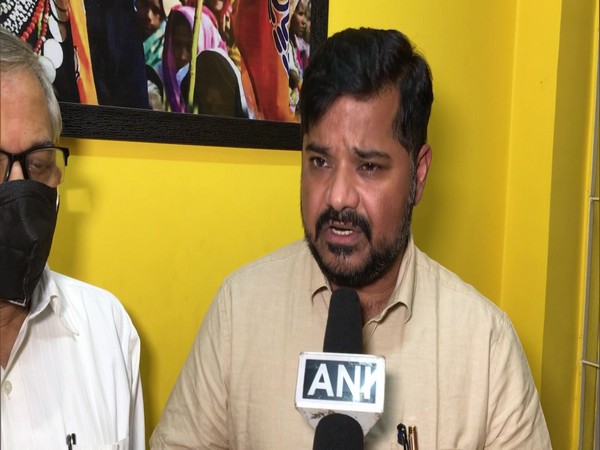 Agartala (Tripura) [India], September 14 (ANI): After Tripura Police denied permission to Trinamool Congress (TMC) National General Secretary Abhishek Banerjee to conduct a rally in Agartala on September 15, state Minister Sushanta Chowdhury on Monday said that the rally by TMC will destabilize peace and harmony in the state and administration will not let that happen.

Speaking to ANI, the Minister said, "The administration can not allow outsiders, which can destabilize peace and harmony in Tripura. TMC is bringing people from Karimganj, Silchar and West Bengal. We have seen TMC's role in West Bengal and we will not let that happen here."
Following the denial of the permission, TMC has deferred the rally by 24 hours.
Targetting the BJP government in Tripura, TMC has alleged that it is a conspiracy of the Bhartiya Janata Party (BJP) to stop Abhishek Banerjee from visiting the state.
Former TMC MP and TMC in-charge of Tripura Kunal Ghosh said, "Out of fear of Abhishek Banerjee and All India Trinamool Congress, permission has been denied by the SDPO Agartala to the pre-declared padayatra scheduled of September 15 here. It is very funny to see the permission denial letter because permission has been granted for another political party program on the same day, same time and same route."
"Out of fear of Abhishek Banerjee's padayatra which would have turn into an ocean of people, this conspiracy has been hatched by the BJP to stop his padayatra. Either BJP is doing this or getting it done by its B team through a backdated letter," he added.
"We have received the denial letter of the permission and are in contact with the top leadership at Kolkata. After some time we shall let you know what is our view and future course of action on this but we are very confident that they are very scared of Abhishek Banerjee and the All India Trinamool Congress and the BJP out of fear is trying to stop the padayatra," he added further.
According to police, they had refused to give the nod stating that another political party has been given the nod for political activities in the city on the same day. (ANI)