'Too late, say AAP, NCP over Centre's reach out to Shaheen Bagh protestors 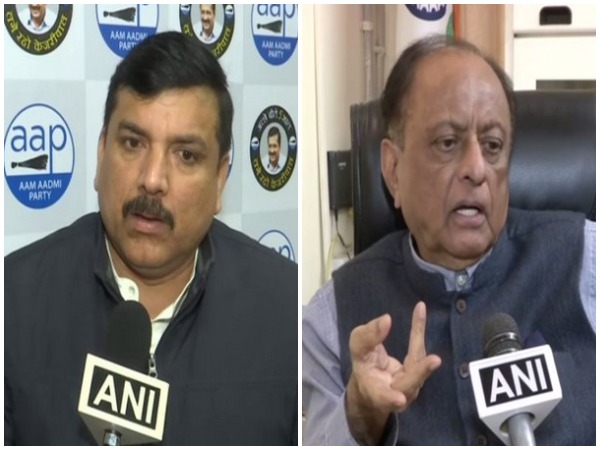 Union Law and Justice Minister and senior BJP leader Ravi Shankar Prasad today said that the central government is ready for a structured dialogue with the Shaheen Bagh protesters.
Speaking to ANI, AAP Rajya Sabha lawmaker Sanjay Singh said, "I believe this should have been done long ago and we have been saying it repeatedly that government should talk. Why does the government wake up so late? This shows that the government is in deep slumber and is not worried. Now they are saying they are ready to talk, it is their government and they have law and order, they should talk. It is a welcome move that Ravi Shankar Prasad has proposed it and I hope it has a positive outcome."
"If the government's intent is clear, the protestors should also become a part of communication", he added.
NCP lawmaker from Rajya Sabha, Majeed Memon, also slammed the government alleging that the offer was 'very late' and he doubted the intent of it.
"Law minister has woken up too late. The government of India has now realised that no persuasion and words from them can convince the protestors to call off the agitation. The government has now come up with some offer. But I am skeptical if this is some genuine offer. The whole country is protesting against this unconstitutional and undemocratic act", he said.
The Centre on Saturday said that it is ready to talk to and clear any misgivings of protestors who have been on a sit-in agitation at Shaheen Bagh in the national capital against the Citizenship Amendment Act (CAA) here for over almost two months.
In a tweet, this morning the Union Law Minister posted: "Government is ready to talk to protestors of Shaheen Bagh but then it should be in a structured form and the @narendramodi govt is ready to communicate with them and clear all their doubts they have against CAA..." (ANI)