Toronto, Peel Region to move into lockdown from Monday 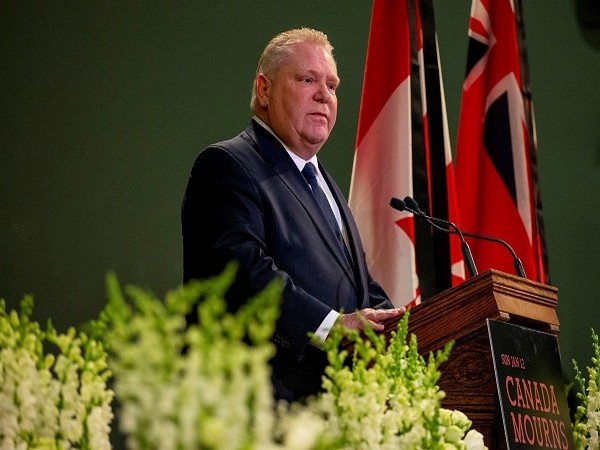 Ontario [Canada], November 21 (ANI): In the wake of rising COVID-19 cases, Toronto and Peel Region in the Ontario Province of Canada would be moving into a lockdown from Monday, announced Ontario Premier Doug Ford on Friday.

The new restrictions for these hotspot regions will include no indoor gatherings with anyone outside a person's household, although schools, daycares, grocery stores, and pharmacies will remain open, reported CBC.
"I know this is difficult news today, it's not where we want to be.... But my friends, I have faith Ontario will weather through this storm together," Ford said at a news conference.
Individuals who live alone can have close contact with one other household, while outdoor gatherings are limited to 10 people. Restaurants will be limited to take-out, drive-thru, and delivery only, while non-essential retail and malls will be limited to curbside pickup or delivery only.
CBC reported that the lockdown will last for a minimum of 28 days and the province stated that people violating public health rules will be fined USD 750.
"We have flattened the epidemic curve before and I am confident we can do it again," Ontario Chief Medical Officer of Health Dr David Williams said.
Ford also announced up to USD 600 million in relief for businesses impacted by these measures.
Toronto Mayor John Tory expressed his full support for the move to put the city into lockdown.
"We asked the province for further actions because the numbers continue to go in the wrong direction," Tory told reporters.
Meanwhile, Prime Minister Justin Trudeau said the prospect of a normal holiday season this year was right out of the question.
"We are facing [a] winter that's going to drive people inside more and more, and we're really at risk of seeing caseloads go up, and hospitals get overwhelmed, and more loved ones dying," he said at a news briefing outside Rideau Cottage.
Earlier, the province reported 1,418 more cases of COVID-19 on Friday, including 393 in Toronto, 400 in Peel Region, and 168 in York Region. The newly confirmed infections push the seven-day average up to 1,373 after three straight days of declines, reported CBC
According to the latest update by Johns Hopkins University, Canada's overall COVID-19 tally stands at 324,152, along with 11,385 deaths. (ANI)