Total active COVID-19 positive cases stand at 2332 in UP 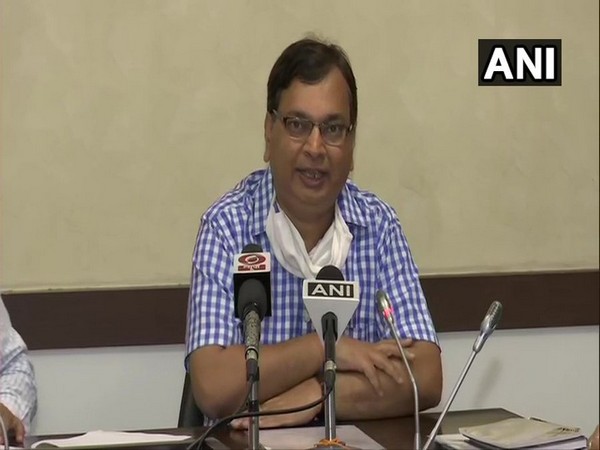 "152 deaths have been reported till date. Yesterday 8112 samples were tested which in itself is a record. The Chief Minister has set a goal to reach the mark of 10,000 for testing in the next two to three days," said Prasad while addressing a press conference.
"Pool testing was also conducted yesterday. We are constantly bringing Aarogya Setu App in use which is very beneficial. People in large numbers are using this app," he added.
Prasad continued saying that we can fight COVID-19 by staying cautious and taking all the precautions.
"Our ASHA workers are conducting a survey of the people returning to the state. Till now, survey of 7,44,821 people has been conducted by ASHA workers. From May 25 domestic flights will restart regarding which we will release a protocol today. People returning to Uttar Pradesh will have to go under home quarantine," said Prasad.
"People who will be coming for a few days for work purpose, will haver to give a hawala of their return ticket and the details regarding where they'll be staying. A detailed protocol will be issued today regarding this," he added.
Meanwhile, UP Additional Chief Secretary (Home) Awanish Awasthi informed that around 13,54,000 people in more than 1,018 Shramik Special trains have returned to the state from different states.
"Arrangements are being made to bring stranded people back from various other states, this is being done free of cost by the UP Government. Nobody has to pay for it," he added.
Meanwhile, on Saturday India witnessed the biggest ever spike of 6,654 positive cases in the last 24 hours, taking the total number of COVID-19 cases to 1,25,101, according to the Union Ministry of Health and Family Welfare.
Maharashtra continues to remain the worst-affected state with 44,582 COVID-19 cases. It is followed by Tamil Nadu (14,753), Gujarat (13,268), and Delhi (12,319). (ANI)