Train to Bangladesh from Agartala will start by 2020: Jitendra Singh 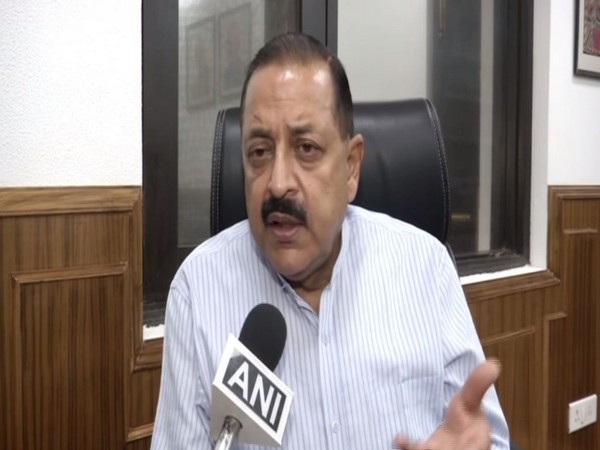 New Delhi [India], Sept 12 (ANI): In a major breakthrough for Northeast, a train to Bangladesh from Tripura's capital city Agartala will start by 2020, Union Minister Dr Jitendra Singh on Thursday said.
Taking to Twitter, Singh said, "Big breakthrough for Northeast. Train to Bangladesh from Agartala in Tripura will start by 2020. The proximal part of rail track being funded by Ministry of Northeast. Progress of work reviewed along with Indian High Commissioner to Bangladesh."

He said that Agartala-Akhaura Railway Link (Bangladesh) project would be completed by 2020.
The issue of 15 km-long railway line, which will be connecting Agartala with Akhaura in Bangladesh will Indian Railways with Bangladesh Railways, came up during Singh's meeting with Indian High Commissioner to Bangladesh Riva Ganguly Das.
The project will improve connectivity and boost trade between the two countries and will connect West Bengal and Tripura through Bangladesh.
"During the meeting, various ongoing projects were discussed. The Agartala-Akhaura Railway Link (Bangladesh) project was discussed, among other issues. It was discussed that the project will be completed by the year 2020," an official statement said.
The cost of the project is Rs 972.52 crores, which is being funded by the Ministry for Development of North Eastern Region (DoNER) on the Indian side and by MEA on the Bangladesh side.
Once operational, it will cut the travel time for passenger and goods movement between Kolkata and Agartala.
"Cultural linkages with Bangladesh are very important. Tourism, trade and cultural exchange between the two countries should be promoted," said Singh, the Minister of State for Development of North Eastern Region (DoNER). (ANI)