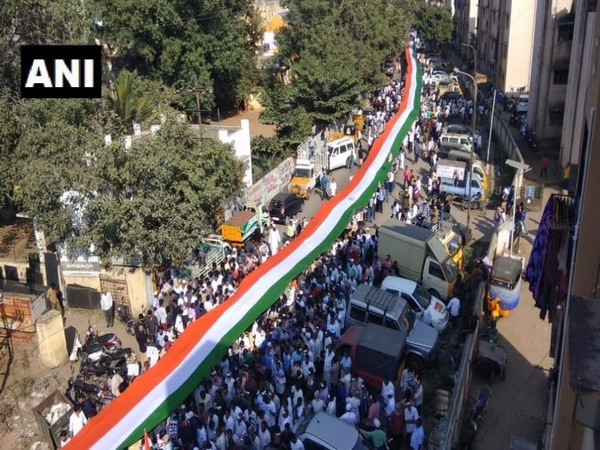 The political parties that participated in the march include DMK, Congress, TPDK, VCK, and several Muslim organisations.
A large number of people including children took part in the march and protestors raised slogans against CAA, NRC and NPR while holding the posters in their hands.
Earlier on Friday, several people including Muslim women and students staged a protest against the Citizenship Amendment Act (CAA) in Tamil Nadu's Madurai.
Since December last year, demonstrations have been going on against the amended citizenship law in various parts of the country.
The CAA grants citizenship to Hindus, Sikhs, Jains, Parsis, Buddhists and Christians fleeing religious persecution from Pakistan, Afghanistan and Bangladesh and who came to India on or before December 31, 2014. (ANI)