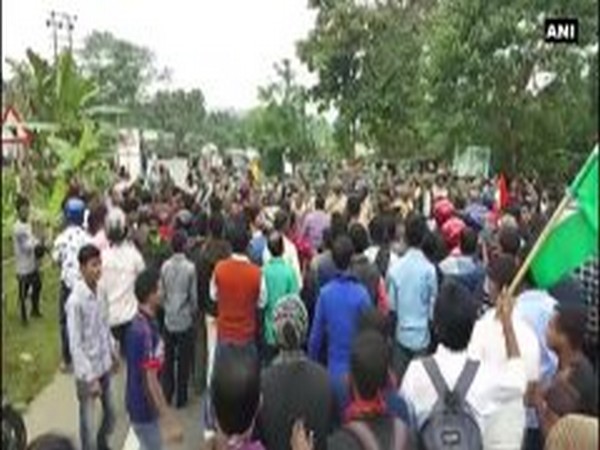 Agartala/Dolubari (Tripura) [India], November 22 (ANI): Tripura government has announced a magisterial inquiry into an incident of mob violence and blockade of a National Highways in North Tripura district on Saturday, during which one person was killed in police firing.

At least 23 others were also injured when the police opened fire at the protesters who blocked the Assam-Agartala National Highway at Panisagar in North Tripura district on Saturday in protest against the resettlement of Bru migrants from neighboring Mizoram.
"Tripura government will conduct a magisterial inquiry into the violence by an unruly mob, during which the police personnel had to open fire, leading to death and injury to both civilians and government/security personnel," the state government said in a statement. (ANI)