TRS Telangana presidential elections to be held on October 25 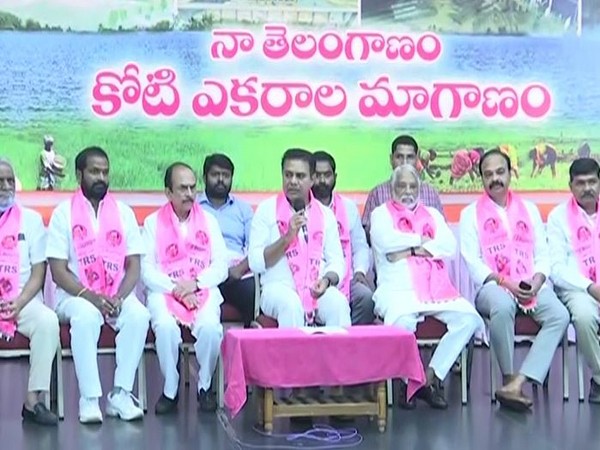 Addressing a press conference at TRS Bhavan in Hyderabad, KTR said, "The elections were postponed earlier due to the pandemic for the last two years. But this year, the TRS party will conduct state president elections."
The TRS leader said that the schedule, as well as the nominations for the elections, will be released on October 17. "On the same day, the legislature and parliamentary party meetings will be held," he added.
"The nominations will be examined on October 23 and the candidates can withdraw their nomination on October 24. On October 25, we will elect a president," Rao said.
KTR also added that a huge public meeting 'Telangana Vijaya Garjana' will be held on November 15 in Warangal. "Meetings will be held in all the constituencies of the state on October 27," he said. (ANI)