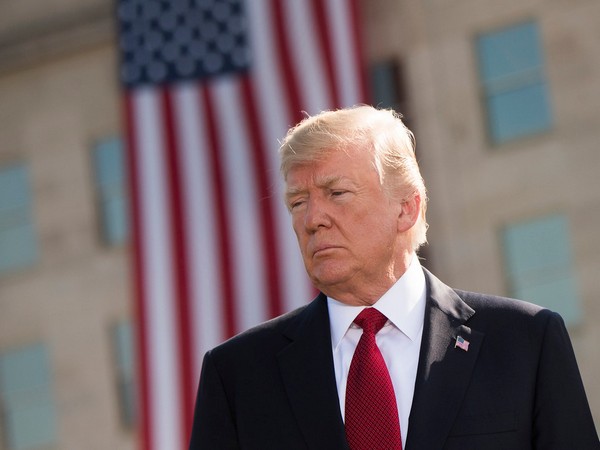 Washington [US], Oct 12 (ANI): US President Donald Trump on Friday (local time) went on a tweeting spree, putting out as many as 32 tweets and re-tweets within a time period of around 20 minutes.

The US President who is quite fond of the micro-blogging site is often seen using it to make announcements, issue threats and to take a jibe at his critics.
On October 11, he tweeted at 8:58 pm, saying, "What a disgraceful legal system for this guy to still be around after all of these years. A vicious killer who destroyed so many great people & families!"
At 9.09 PM, the US President put out a tweet re-tweeting his earlier tweet about an event in Minneapolis, Minnesota and wrote, "Amazing Evening!"
In between these two tweets, Trump had tweeted or re-tweeted as many as 13 times on various issues.
At 9:14 pm, the President tweeted again about his event in Minneapolis and wrote, "So Great!"
Re-tweeting a tweet about prescription drug prices falling again last month at 9:17 pm, the US President wrote, "Really good news!"
From his tweet at 8:58 pm to 9:17 pm, the President tweeted or re-tweeted 32 times.
Trump has been under a storm after the US announced that it was withdrawing its troops from northeast Syria, leaving the Syrian Democratic Forces (SDF) without American military support.
Justifying the move to withdraw US forces, President Donald Trump on Wednesday condemned America's military interventions in the Middle East, saying that the country has spent an estimated USD 8 trillion in "fighting and policing" in the region, and lost thousands of soldiers over the years.
Trump has also threatened that he would devastate Ankara's economy if its operation wipes out the Kurdish population in Syria. (ANI)