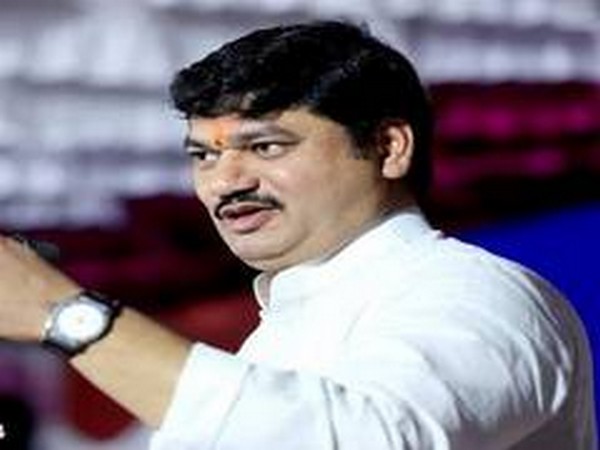 Mumbai (Maharashtra) [India], January 14 (ANI): In a major twist in the Dhananjay Munde rape case, Bharatiya Janata Party (BJP) leader Krishna Hegde on Thursday has made a written complaint in the Amboli Police Station against the woman who has levelled rape allegations against the Maharashtra minister.

In his complaint, Hegde claimed that the woman has been calling, messaging and coaxing him since 2010 to have a relationship with her.
Maharashtra Social Justice Minister Dhananjay Munde on Tuesday refuted rape allegations levelled by a 38-year-old woman and said he is in a relationship with her since 2003.
In a post on Facebook, the NCP leader claimed that the woman and her sister are trying to blackmail him and extort money from him. He said that he had also given a complaint to the police in November 2020.
After Munde accepted his relationship with the woman, BJP's women wing wrote to Chief Minister Uddhav Thackeray and demanded his removal from the Cabinet.
Meanwhile, Nationalist Congress Party (NCP) chief Sharad Pawar on Thursday termed the allegations over Munde 'very serious' and said he would discuss the issue with his party leaders to take further actions on it.
NCP chief's statement came a day after Munde met him at the former's residence over the issue.
On January 11, the woman along with her lawyer arrived at the Oshiwara police station in Andheri to file a rape complaint against Munde. She alleged that Munde has been raping her on the assurance of marriage and also promised to help her to get work as a singer in Bollywood. (ANI)