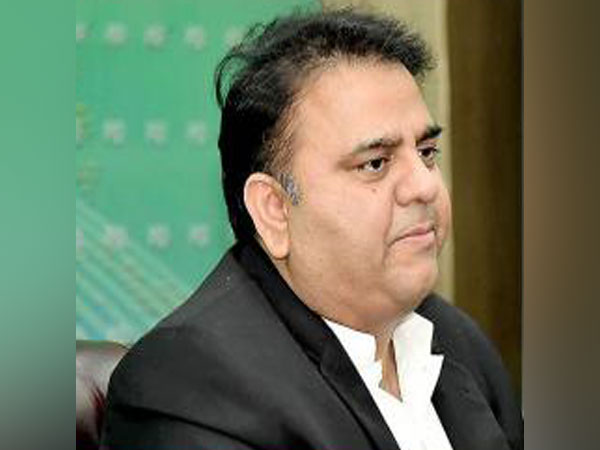 Islamabad: Twitterati on Thursday trolled Pakistan's Science and Technology Minister Fawad Hussain Choudhary for his decision to provide internet to people of Kashmir.

"Internet is considered a fundamental right nowadays ..." Choudhary announced on Twitter.
The minister said that in order to ensure the full provision of the facility, he has also reached out to Space and Upper Atmosphere Research Commission (SUPARCO), an executive and national space agency of the Government of Pakistan and a bilateral organisation of China National Space Administration, responsible for the nation's public and civil space programme and for aeronautics and aerospace research.
"Please don't play game of satellite war.. It would be worst for Pakistan. .. Hahahah," a Twitter user said.
"And people are congratulating him for providing internet via satellite this is what is naya Pakistan.. And he is science and tech minister," said another.
"Is he technology minister?" a third tweeted.
"What a funny idea of Fawad Choudhary the big joke for pakistan tech. Minster," said the fourth and followed by many others.
Internet has been suspended in Kashmir since the Centre abrogated Article 370 and Article 35(A), earlier in August that granted special powers to Jammu and Kashmir and passed the Jammu and Kashmir (Reorganisation) Act 2019, bifurcating the former state into two Union Territories -- Jammu and Kashmir with legislature and Ladakh without one.
The government had time and again reiterated that restrictions on mobile services were imposed in the Valley to prevent misuse of these services for flaring tensions.
The then Governor Satya Pal Malik had said that the curb has been imposed as these facilities were abused as a weapon against the country and mostly exploited by terrorists to mobilise the people.
But this was not the end. It should be noted that the minister had misspelled the name of SUPARCO as 'SPRACO' that further added fuel to him being shamed on social media.
In addition, Choudhary, in his tweet, also referred to the people of Jammu and Kashmir as 'caged citizens'. The tweet comes at a time when the minority communities in Pakistan has been suffering blatant human rights atrocities, enforced disappearances, fake encounters and extra-judicial killings at the hands of the military establishment of the country.
It is also worth noting that the country which is surviving on loans and bailout facilities from the global money lenders, including the World Bank and the International Monetary Fund (IMF), to facilitate its plunging economy is claiming to punch above its weight.