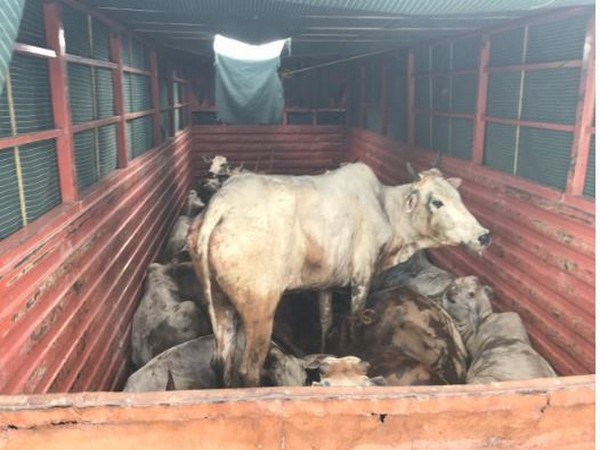 According to the police, two lorries carrying cattle were tightly covered with a tarpaulin sheet. On suspicion, police stopped the lorries and found 20 cows and 35 oxen being illegally transported from Narasannapeta in Srikakulam district to Telangana's Hyderabad.
The police then sent lorries to Mylavaram town. A local "Gau Samrakshana" wing volunteers helped released the animals. However, seven cows died in this ordeal.
G Konduru Sub-inspector Rambabu said, "The lorries were going from Narasannapeta town in Srikakulam district of Andhra Pradesh to Hyderabad, Telangana. They were caught near Konduru at around 2 pm."
"Owner-cum-drivers of the lorries were arrested on the spot. Cases are filed under the provisions of the Animal Cruelty act and cow slaughter act," said Rambabu
The accused will be produced before the court on Tuesday, he added. (ANI)