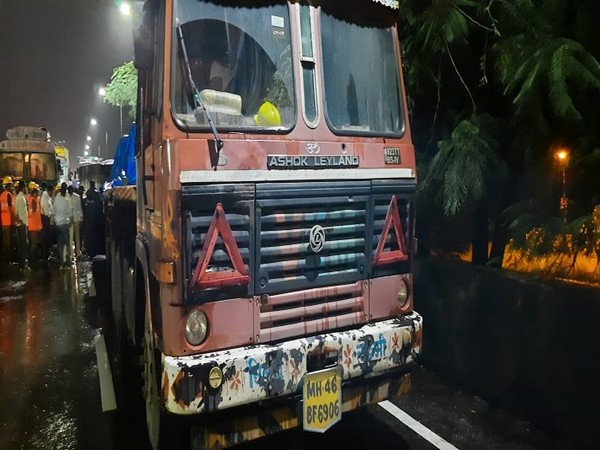 According to the municipal corporation, the incident took place on the Kapurbawdi-Nashik flyover in Majiwada, Thane.
"The accident happened after a truck trailer rammed into an auto-rickshaw and two people were left injured," said the Thane Municipal Corporation.
"The injured people have been admitted to the hospital and no casualties have been reported," it added. (ANI)