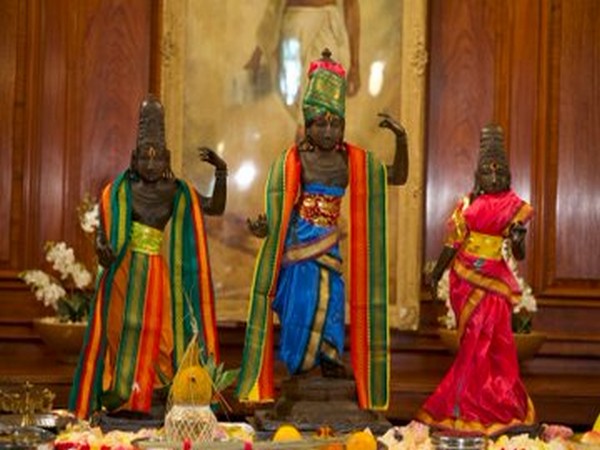 New Delhi [India], September 16 (ANI): Three statues of Vijayanagara period stolen from Vishnu Temple, Nagapattinam in 1978 have been recovered by the High Commission of India, London with the support of the London Metropolitan Police and restored to Tamil Nadu government in the presence of Union Minister for Culture and Tourism Prahlad Patel, said HCI, London.

Patel took to Twitter and expressed gratitude to HCI, London, Archaeological Survey of India and Government of Tamil Nadu for making efforts to recover the statues.
"The Indian Embassy in the UK handed over 3-feet-tall bronze statues of Sri Ram, Laxman and Sita of Vijayanagara period which were stolen from Tamil Nadu, to India," Patel tweeted.
"The statues have been brought back with the efforts of the Government of Tamil Nadu, the Embassy of India and the Archaeological Survey of India, I would like to thank all of them," he added.
Out of the 56 artefacts restored to India after Independence, 43 were handed over during PM Narendra Modi's leadership, he said. (ANI)