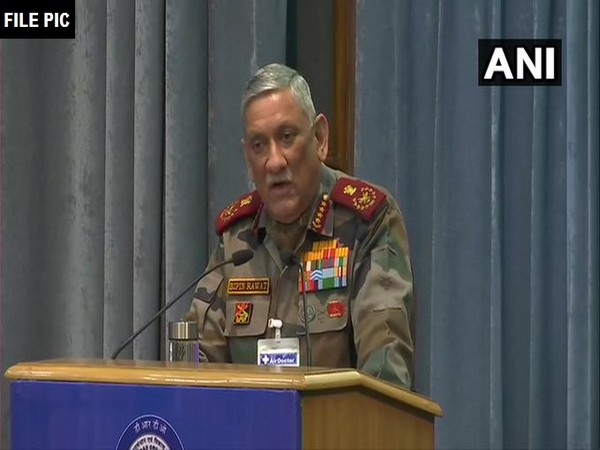 New Delhi [India], January 14 (ANI): After the government on Wednesday approved a deal to procure 83 Light Combat Aircraft (LCA) Tejas fighter jets for the Indian Air Force, Chief of Defence Staff General Bipin Rawat said that it is a boost for the Centre's Make in India initiative and that the ultimate objective is to reach a stage where the country can win conflicts with home-made weapon systems.

"Our ultimate objective is to engage in and win future conflicts with home-made solutions," Rawat said.
"Our focus will remain on indigenisation and efforts to progressively support Atmanirbhar Bharat is our mission. We hope to see our Air Force touch the sky with glory with aircraft that has major components including engines that are Made in India," Gen Bipin Rawat said.
The Cabinet Committee on Security chaired by Prime Minister Narendra Modi approved the largest indigenous defence procurement deal worth about Rs 48,000 crores to buy 83 LCA Tejas Mark1A fighter jets.
The deal to be signed in the next few days with HAL would strengthen the Indian Air Force's fleet of homegrown fighter jet 'LCA-Tejas' and overall combat capability.
" This deal will be a game-changer for self-reliance in the Indian defence manufacturing," Defence Minister Rajnath Singh tweeted to announce the final approval given to the mega deal.
Singh said that the indigenous content of the LCA-Tejas was 50 per cent in the MK1A variant and it would be enhanced to 60 per cent by the end of the programme.
The deal would be a major boost for the IAF and help it to arrest the fall in the number of its fighter aircraft squadrons.
Light Combat Aircraft Mk-1A variant is an indigenously designed, developed and manufactured state-of-the-art modern 4+ generation fighter aircraft. This aircraft, which is equipped with critical operational capabilities of Active Electronically Scanned Array (AESA) Radar, Beyond Visual Range (BVR) Missile, Electronic Warfare (EW) Suite and Air to Air Refuelling (AAR), would be a potent platform to meet the operational requirements of Indian Air Force. (ANI)