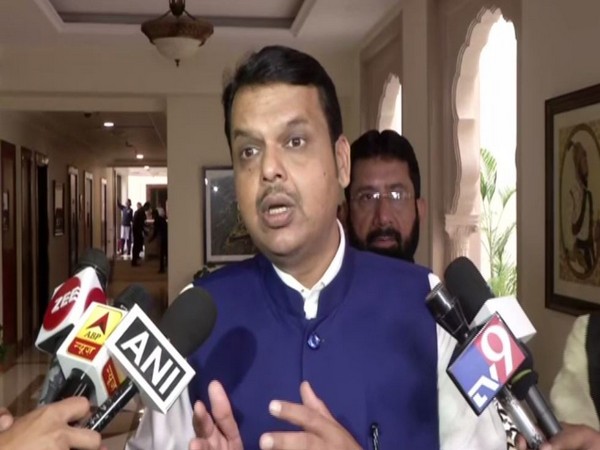 "A futuristic vision has been given through this budget. To boost the manufacturing sector several schemes have been highlighted, tax simplification has also been done. The charter of the taxpayers has been codified through this budget and by doing so the government has taken a major step against tax terrorism," said Fadnavis while speaking to the reporters.
"I would like to congratulate Prime Minister Modi and Finance Minister Nirmala Sitharaman as the latter presented the Union Budget today. It is a progressive budget, understanding the challenges that are being faced by the country, a roadmap for the next decade is given in this budget," he added.
Fadnavis said that in this budget stress had been laid over infrastructure which will lead to more jobs and growth of GDP.
"A 16-point plan to revive the farm and agriculture sector has also been given in the budget. This will help the farmers to double their income. From increasing the productivity to post-harvest technologies, market linkages, transportation and export...farmers will be at ease in all these fields," he added.
Meanwhile, Congress leader Rahul Gandhi on Saturday called the Union Budget as "hollow" and "tactical stuff without any central idea".
"Maybe this was the longest Budget speech in history but it had nothing, it was hollow," Gandhi told media while leaving the Parliament after attending the Budget session in Lok Sabha.
To this Fadanavis said, "I don't know if Rahul Gandhi has listened to the entire speech or not. But I think the kind of detail which has been given in this budget, that has not happened earlier and I think that's the reason he (Rahul) might not have a habit of listening to a detailed speech, hence he gave such a reaction."
Sitharaman today presented her second Union Budget.
In the longest Union Budget speech in history, Sitharaman talked about tax regime, finance, agriculture, irrigation, water, sanitation, healthcare, education, infrastructure, women, digital connectivity among others. (ANI)