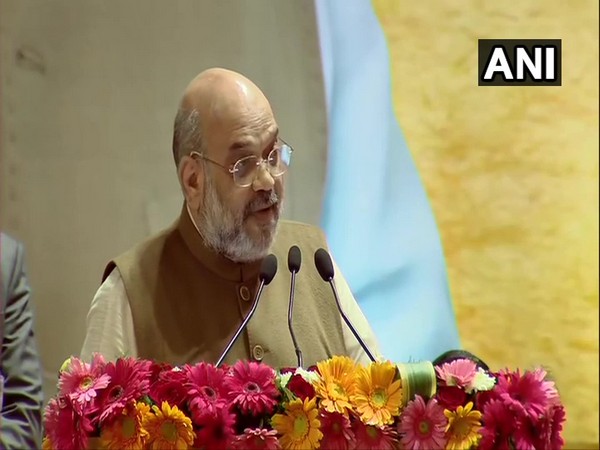 "This general budget will contribute significantly in fulfilling the Modi government's resolve to double the income of the farmers by making available, better irrigation and grain storage facilities, as well as a fair price for their produce," Shah tweeted from his official handle.
He also outlined different schemes of the central government for the welfare of farmers and said, "Through Kisan Rail and Kisan Udaan Yojana, our Kisan brothers will join the national and international market and their products will be able to be sold at a better price at the right time. This scheme will especially benefit fruit and vegetable growers, especially tribals and farmers from the northeast".
The Union Home Minister also talked about the simplification of the tax system and its benefits to the middle class.
"The Modi government through this budget has provided a major and unprecedented relief in income tax to taxpayers of every category. Particularly middle-class salaried taxpayers will not only have to reduce tax but will also get relief from the simplification of the tax system," Shah said.
Home Minister Shah also lauded the steps taken in the budget for the infrastructure sector.
"With the allocation of 100 lakh crores for basic infrastructure in the country by Modi government, world-class highways, railways, ports, airports, metros, etc will be built in the country, which will not only improve the life of common people, but it will also give a significant boost to economic activities," he said.
The Home Minister hailed the allocations in the budget to further expand the Ayushman Bharat scheme in all corners of the country.
"In keeping with the pledge of a healthy India, Modi Ji launched new hospitals by the PPP model to bring Ayushman Bharat Yojana to every nook and corner of the country, especially in the Tier-2 and Tier-3 cities and 112 aspirational districts where there is no hospital," he said.
"Taking forward the campaigns like home, electricity, toilets, gas and health facilities for all, I welcome PM's resolve to provide clean drinking water to everyone. The allocation of 3.60 lakh crores in this scheme shows the commitment of Prime Minister Modi, which will improve the life and health of common people," he added.
Shah praised the resolve of the government to work for the neglected sections of the society.
"The Modi government has shown its sensitivity towards the development of the neglected sections of society and connecting them to the mainstream by making a provision of Rs 85,000 crore for Scheduled Castes and Other Backward Classes and Rs 53,700 crore for Scheduled Tribes," he said.
He further lauded the raising of insurance cover for bank deposits.
"In this general budget, the insurance cover for those depositing money in banks has been increased from Rs 1 lakh to Rs 5 lakh by the Modi government, so that the depositor will now get a guarantee of up to five lakh rupees," he said.
Union Finance Minister Nirmala Sitharaman on Saturday presented Union Budget for 2020-21, which proposes to give the Indian economy an impetus to emerge as more vibrant and stronger.
In the longest Union Budget speech in history, Sitharaman talked about tax regime, finance, agriculture, irrigation, water, sanitation, healthcare, education, infrastructure, women, digital connectivity among others. (ANI)