UP: Hapur SDM marries woman who accused him of sexual exploitation 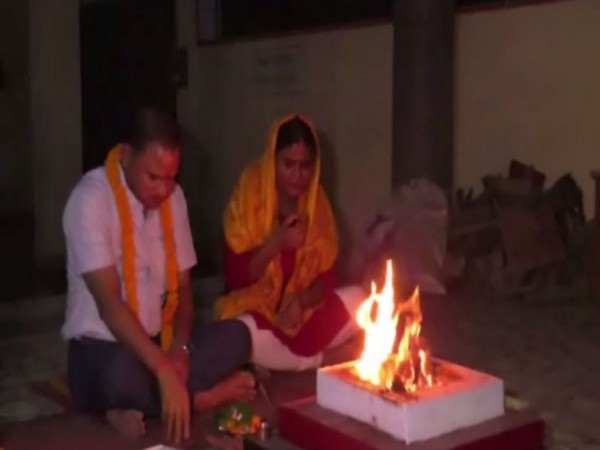 Kushinagar (Uttar Pradesh) [India], Oct 12 (ANI): Hapur Sub Divisional Magistrate (SDM) Dinesh Kumar has married a woman, who had accused him of sexual exploitation, late on Friday at Gayatri temple here.
The woman alleged that she was physically exploited by the SDM for four years on the pretext of marriage.

"Dinesh Kumar came to take his belongings from Hapur. A woman claimed that Dinesh Kumar promised to marry her. He was living with her for four years. But nobody did not know about their relationship. He wanted to marry but decided to postpone after fighting with her. Today, Dinesh agreed to marry the woman," Kushinagar District Magistrate, Anil Kumar Singh, told reporters here.
Kumar was earlier posted at Khadda tehsil but he went to Hapur after transfer. When he came back to Kushinagar to take his belongings, the woman forced him to marry her but Kumar refused.
Anil Kumar and other officials tried to make the woman understand but she did budge. Later, she married Kumar at the temple and also registered the marriage. (ANI)