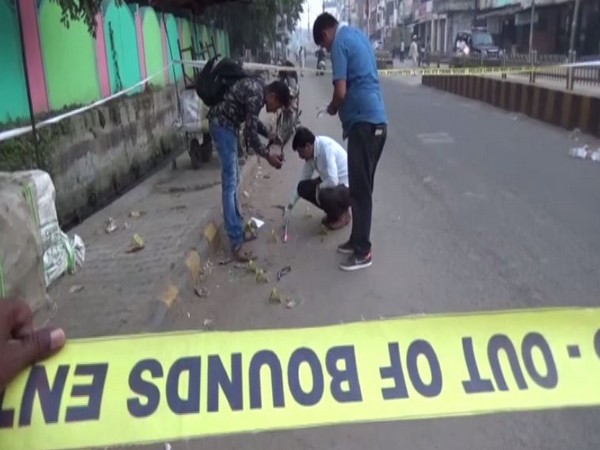 One of three criminals sustained a leg injury during the crossfire.
"We received information that some people are planning a robbery in the Mundha Pande area over here. When we surrounded them, they started firing at us, in which, one bullet hit the police jeep. Retaliating on it we fired on them in which one person got injured on the leg. There were around five people out of which two managed to escape. We have arrested three people," said Ankit Mittal, Superintendent of Police (SP).
"On further investigating we have recovered an identity card from one of them which matches to the records of a previous robbery," he added.
Police recovered Rs 20,000, pistols, live rounds, mobile phones and knives from their possession.
Further investigation is underway. (ANI)