UP: Woman takes body of pet dog to police station as proof to complaint against neighbour 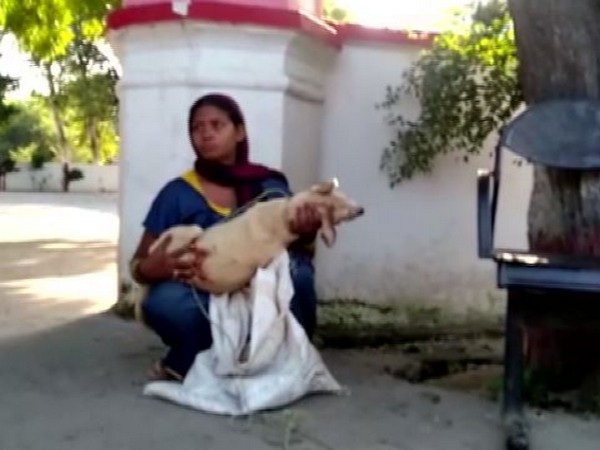 Aligarh (Uttar Pradesh) [India], Oct 11 (ANI): In an unusual case, a woman from the Dadau area in Aligarh took the body of her dog to the police station as a proof alleging that it was murdered by her neighbours during a brawl.

The incident occurred on October 8 when the woman was quarrelling with her neighbours.
The woman claimed that during the brawl which turned intense, the neighbour tried to enter her house. Retaliating to this, the dog started barking at them after which the neighbours allegedly thrashed the dog with wooden sticks resulting to his death.
"We (family) had a fight with the neighbour and when they tried to enter our house, my dog started the growling at them. They got furious and killed my dog after beating him with wooden sticks. I went to Superintendents of Police's house and then order went to arrest those neighbours," owner of the dog and complainant, Sunita said.
Meanwhile, Senior Superintendent of Police (SSP) Manilal Patidar said, "The woman has submitted an application in which she stated that her dog was killed by her neighbours. A case has been registered and further investigation will be done." (ANI)