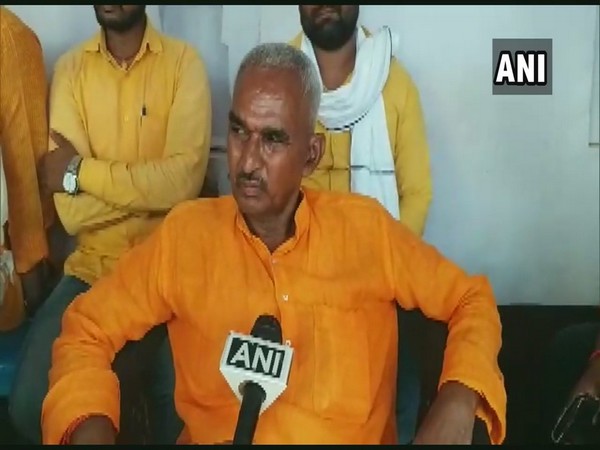 On October 16, a day after a local BJP leader Dhirendra Pratap Singh in Ballia district allegedly shot dead the man, BJP MLA Surendra Singh condemned the "one-sided" investigation of the administration.
"The incident is upsetting. It should not have taken place but I condemn the one-sided investigation of the administration. Nobody is looking at the pain of six women who have been injured in the incident. Dhirendra Singh fired in self-defence," Dhirendra had said.
"How can I deny that he is my close associate? Not only mine, but he is also a close associate of BJP as his family votes for us and he worked for us in polls. Everyone who votes for us is a close associate. But I decry the incident and administration's one-sided probe," he had added.
Earlier today, the Uttar Pradesh Special Task Force (STF) arrested the main accused Dhirendra Pratap from Lucknow in connection with the Ballia firing case
He allegedly shot dead a man during an argument that broke out at the meeting at Durjanpur village under Reoti Police Station area over the allotment of shops under government quota. (ANI)