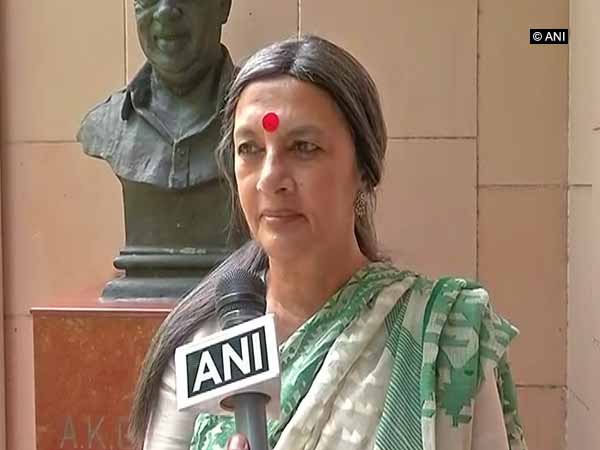 By Amit Kumar
New Delhi [India], February 22 (ANI): Communist Party of India (Marxist) leader Brinda Karat on Monday accused Uttar Pradesh Chief Minister Yogi Adityanath of being "an ambassador of hate" after his statement in Kerala that "love jihad is a conspiracy to make Kerala an Islamic state."

Speaking to ANI, the CPI(M) leader said, "He (Yogi Adityanath) is less of a chief minister and more of an ambassador of hate. He went to Kerala, where the unity of the people, ensures that the state is number one on the all-important social indicators like health, education, social security, food security."
"Adityanath only sees them through his blinkered vision. His aim is to divide the people of Kerala. But the people of Kerala are not going to give much importance to his words," Karat further added.
Kicking off BJP's Vijaya Yatra in Kerala, Yogi Adityanath on Sunday had alleged that the United Democratic Front government was sleeping on the "conspiracy of making Kerala an Islamic state" in the guise of love jihad.
Speaking at the BJP poll campaign in Kasargod, Yogi claimed that while the Kerala High Court had brought to attention 'Love Jihad' in 2009, the government has paid no heed to it.
Yogi also said that people in Kerala must wake up and vote for Bharatiya Janata Party. (ANI)