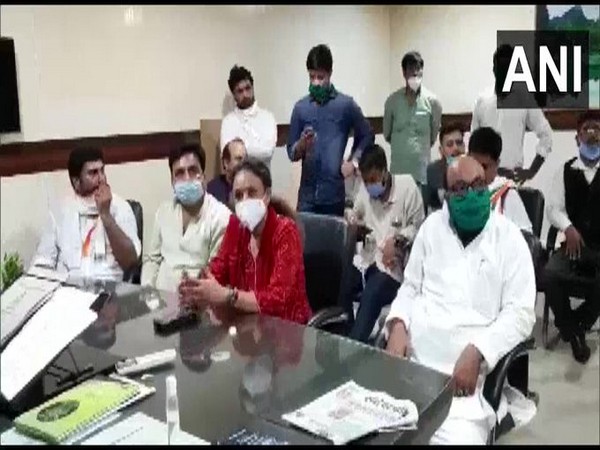 Lucknow (Uttar Pradesh) [India], June 30 (ANI): UP Congress Minority cell chief, Shahnawaz Alam was arrested by police in the later hours of Monday in connection with anti-CAA protest on December 19, 2019.

State Congress chief Ajay Kumar Lallu and others arrived at Hazratganj Police Station following it.
The police resorted to baton-charge to disperse party workers from the police station.
"Government is scared. It is attempting to send Congress workers and officer bearers to jail after naming them in false cases. If they do not release him, then we will do an agitation tomorrow," Ajay Kumar Lallu, state Congress Chief told ANI.
Lucknow Deputy Commissioner of Police (Central) Dinesh Singh said, "His name had appeared in the case related to anti-CAA/NRC protest at Parivartan Chowk on 19th December 2019. The evidence was being gathered since then."
"He was arrested on Monday after sufficient evidence was gathered. Further action will be taken," added Singh. (ANI)