UP govt to deliver ration at doorstep during lockdown 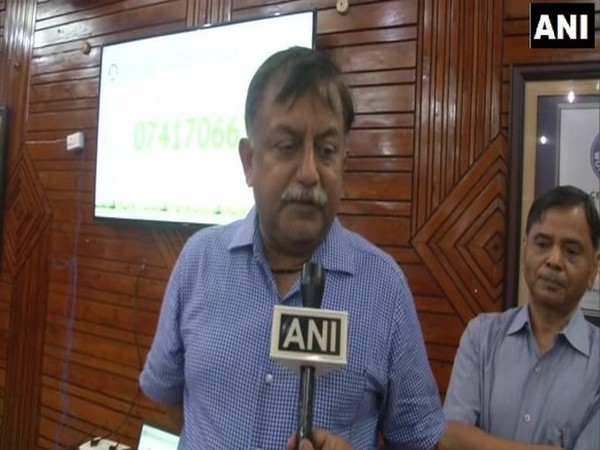 Lucknow (Uttar Pradesh) [India], Mar 25 (ANI): Uttar Pradesh Chief Minister Yogi Adityanath has assured the people of the state that district administration and all other departments will ensure delivery of ration at the doorstep during lockdown, said Additional Chief Secretary Home, Awanish Kumar Awasthi on Wednesday.

Awasthi and Principal Secretary Health, Amit Mohan Prasad, held a joint press conference in Lok Bhawan here regarding measures being undertaken to control the spread of coronavirus.
Addressing the media persons, Awasthi said, "Chief Minister Yogi Adityanath has assured the people of the entire state regarding the 21-day lockdown that the district administration and all other departments will ensure delivery of ration at the doorstep."
"A committee has been constituted under the chairmanship of APC (Agricultural Production Commissioner) to arrange civil supplies, which will comply with it," he added.
He continued saying that there will be no time limit for the opening of shops. The shops will be opened for a sufficient period of time. Besides, pan masala, gutkha have also been banned across the state for 21 days.
The Additional Chief Secretary said that as per the information received till 3 pm, arrangements for 'doorstep delivery' from around 5,419 mobile vans, e-rickshaws, tractors or motor vehicles have been started in all the divisions of the state.
So far, a total of 6,704 vehicles have been identified in cart, handcart and manual vehicles. In total, 12,123 vehicles have been arranged for 'doorstep delivery'.
Medicines are being distributed by making chalk marks (social distancing) outside medical shops in Muzaffarnagar and Lucknow, the Additional Chief Secretary said.
The Additional Chief Secretary said that all the Divisional Commissioners, DMs, Police Commissioners and Superintendents of Police have been instructed by the committee constituted under the chairmanship of APC to not to stop the chain of bulk supply of food items in the local mandis, and the district administration must facilitate it.
"Food stuff vendors, farmers who are making door-to-door delivery should not be stopped and they should be systematically registered and sent for doorstep supply in every locality. E-rickshaw, carts, autorickshaws, pick-up vans, whatever means are available, they should be arranged for ensuring supply," said Awasthi.
He added that special attention has to be paid to ensure that there is no problem related to price in doorstep delivery.
"CM Yogi has directed the committee headed by APC to start a community kitchen. Wherever large quantities of safe food can be prepared in various hotels, fast food makers, mid-day meal institutions, charitable institutions, monasteries, temples and gurdwaras. It should be provided to labourers in food packets," he continued.
"System of lockdown has been ensured with strictness in the entire state since yesterday. Police have registered 1,788 FIRs against people violating rules under Section 188 in the state. Altogether, 5,592 challans have been issued," Awasthi further said.
The Additional Chief Secretary said that 10,000 pradhans were called up from Chief Minister Helpline 1076 and information was taken from them regarding people who have come from outside in the last two weeks, so that checking and monitoring of suspects can be done.
Meanwhile, Prasad said that 38 cases of coronavirus have been reported in the state so far.
"If a person shows any symptoms related to coronavirus during home quarantine, then he or she can call at the helpline number 18001805145 issued by the Department of Health," he stated. (ANI)