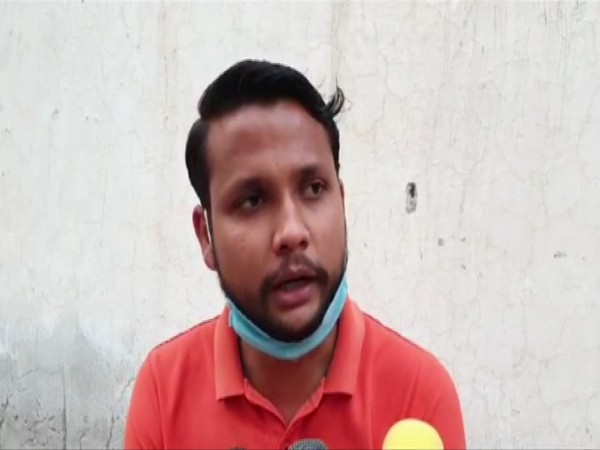 Bulandshahr (Uttar Pradesh) [India], May 4 (ANI): Yogesh Raj, a former Bajrang Dal worker who was arrested in connection with mob violence that led to the killing of police inspector Subodh Singh in 2018 in Uttar Pradesh's Bulandshahr, has won a panchayat poll in the district.

Raj had contested from ward number 5 for the panchayat polls and has defeated Independent candidate Nirdosh Chaudhary by 2,150 votes. He was on bail while he was contesting the elections.
"Earlier I have worked with many organisation but for some work, you have to enter in politics such as farmers' issue, pensions for widows, etc. You cannot complete these works without being a politician. I had contested from ward number 5 and won by 2,150 votes," said Raj.
Talking about the Siyana violence, he said that two people died in the incident but he is not charged for their murder.
"In Siyana violence two people died and I express my condolence to both of their families but I am just accused of instigating the mob and I am not accused of murder," he said.
He further said that if people wished, he will fight the upcoming assembly elections in the state as well.
"In future also I will fight the election and if people wish I may fight the assembly election. One year ago I was with Bajrang Dal but now I am not with any organisation," he added.
Inspector Subodh Singh, who was the in-charge of the local Siyana police station, and a 20-year-old civilian Sumit Singh, were killed in the December 3, 2018 violence, which was allegedly instigated by Raj.
The mob went rampage over allegations of illegal cow slaughter and set Chingrawathi police post and dozens of vehicles on fire.
As many as 44 people were sent to jail, out of which six have got bail eight months after the violence. (ANI)