UP: Widow of businessman killed in Gorakhpur raid joins as OSD in Kanpur Development Authority 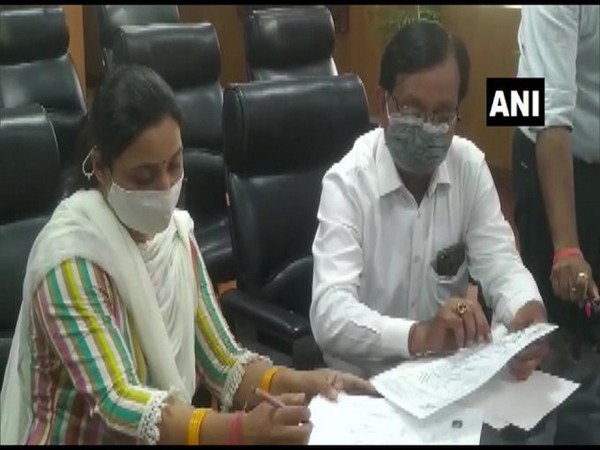 Kanpur (Uttar Pradesh) [India], October 13 (ANI): Meenakshi Gupta, the widow of the businessman Manish Gupta who was allegedly killed in a police raid at a hotel room in Uttar Pradesh's Gorakhpur, joined as Officer on Special Duty (OSD) in Kanpur Development Authority on Tuesday.

"The case should be transferred to Kanpur from Gorakhpur," she said.
Earlier on September 30, the Uttar Pradesh government met the widow of the deceased and promised a fair trial in the case and a job for Meenakshi Gupta.
Speaking to ANI, Meenakshi Gupta said, "Chief Minister Yogi Adityanath met us and he has ensured a fair investigation of the whole case."
"The case will be transferred to Kanpur now and our request for the CBI investigation has also been accepted," she added.
Manish Gupta was Kanpur based businessman, who died after a police raid in a Gorakhpur hotel in which he got injured and later succumbed to his injuries.
The family of the Kanpur-based businessman has alleged that he was beaten to death by police during the raid at the hotel.
The police department suspended six policemen for negligence during the raid at the hotel room in which Manish Gupta had died. (ANI)