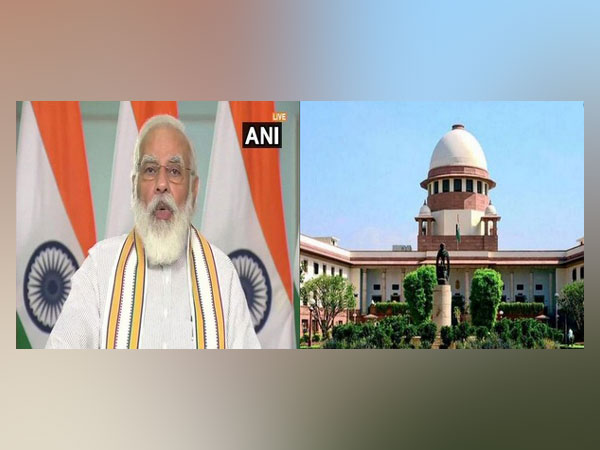 New Delhi [India], May 4 (ANI): Several Urdu publications in their Tuesday editions gave prominent coverage to the postponement of the NEET Exam and the Supreme Court's direction to the Centre to revisit its vaccine procurement policy and consider imposing a lockdown in the wake of the rising COVID cases in the country during the second wave.

Rashtriya Sahara: The Urdu daily in its top headline reported the Supreme Court verdict on the Centre's COVID vaccination policy and lockdown. The newspaper reported that the top court called upon the Centre to revisit its vaccine procurement policy and also urged the Centre and states to consider imposing a lockdown to curb the virus in the second wave in the interest of public welfare.
The publication also reported on its front page that India witnessed more than 3,000 deaths in the country for the seventh consecutive day. It stated in its news report that the country registered 3,68,147 new coronavirus infections and 3,417 related deaths in the last 24 hours, taking the cumulative count of the cases to nearly 2 crore. It further mentioned that 3417 deaths in the last 24 hours, the cumulative death toll mounted to 2,18,959, adding that more than 3 lakh people also recovered from the disease in the last 24 hours.
The newspaper also gave prominent coverage to the news that the Centre on Monday announced that National Eligibility cum Entrance Test (NEET) Exam 2021 has been postponed for at least four months in a bid to provide adequate human resources for responding to the COVID-19 pandemic in the country. The daily also reported that in a review meeting chaired by Prime Minister Narendra Modi, it was decided that Medical Interns shall be deployed in Covid management duties under the supervision of their faculty, as part of the Internship rotation.
The daily also gave wide coverage to the news of 24 deaths in Karnataka's Chamarajanagar. According to the report, over 24 patients, including several COVID-19 patients, died at a government hospital in Karnataka's Chamarajanagar district allegedly due to the shortage of oxygen.
Inquilab: The Urdu newspaper in its top headline reported West Bengal Chief Minister Mamata Banerjee's remarks on Nandigram returning officer. The daily in its report said that after her defeat in Nandigram, Mamata on Monday alleged that the Returning Officer of the Assembly seat was threatened against recounting of votes. The daily further reported that Mamata also presented an SMS wherein Returning Officer of Nandigram has written to someone if he allows recounting then his life would be under threat. (ANI)