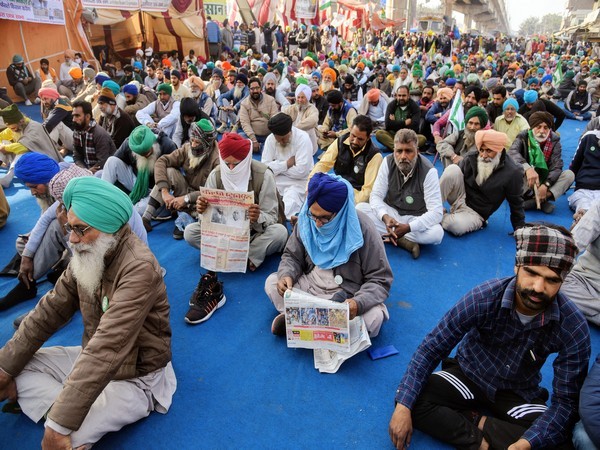 Inquilab: The newspaper carried a story about the deadlock even after the Supreme Court set up a four-member committee for talks with farmers on agriculture laws. The report said that farmers have decided that neither will they appear before the committee nor will they end their protest.
The publication also highlighted the story - "9.80 lakh vaccine doses reach Maharashtra, drive to begin from Saturday". It said that other states have also received vaccine doses and are ready for the nationwide vaccination drive beginning from January 15.
Rashtriya Sahara: The Urdu daily had a lead story on the Cabinet Committee on Security's approval for the purchase of 83 Tejas LCA (Light Combat Aircraft) fighter jets at a cost of around Rs 48,000 crores.
A story with the headline - "People have right to choose their partner without any intervention: HC" - figured on the front page. It referred to the news where the Lucknow bench of the Allahabad high court has ruled that the publication of a notice of intended marriage under the Special Marriage Act and inviting objections is not mandatory - an order likely to bring relief to interfaith couples.
Hindustan Express: The publication led with the report "Lohri celebrated by burning copies of farm laws". According to the report, similar scenes were witnessed at more than 20,000 places.
The newspaper also highlighted Uttar Pradesh BJP MLA Sangeet Som's remark - "those who do not believe in two coronavirus vaccines- Covishield and Covaxin, should go to Pakistan." (ANI)