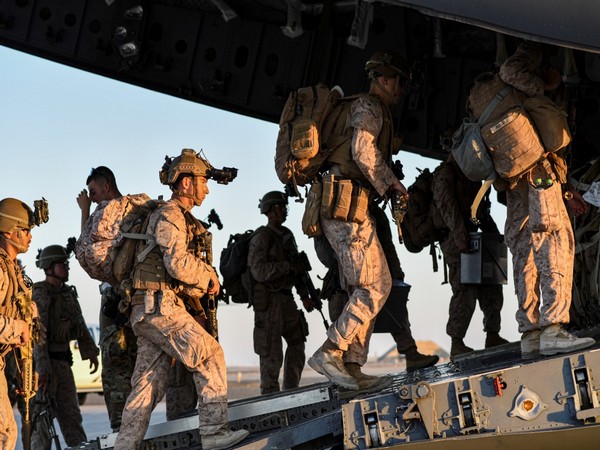 Washington [US], August 25 (ANI): The United States has evacuated 19,000 people from Afghanistan in the past 24 hours, said the White House on Wednesday morning.

With this, the total number of evacuees from Afghanistan since the operation began on August 14 has reached 82,300, White House deputy spokesperson Andrew Bates.
"19,000 people were evacuated from Afghanistan in the 24 hours between 3 AM on 8/24 and 3 AM on 8/25. We've now evacuated 82,300 people since 8/14, and 87,900 since July," he tweeted.
The US forces took control of the airport last week to evacuate its citizens after the Taliban seized control of Afghanistan.
The US is flying thousands of people out of Afghanistan every day from Kabul airport.
The Taliban on Tuesday gave an ultimatum stating that American forces should exit the country by August 31.
"The US should leave the country by August 31st," Taliban spokesperson Zabihullah Mujahid said during a press conference in Kabul today as cited by Tolo News.
US President Joe Biden also made it clear to the G7 leaders that US is "on pace" to finish its withdrawal from Afghanistan by August 31 but with each day of operations on the ground, American troops are facing increasing threats from ISIS-Khorasan.
Earlier on Tuesday, Biden tweeted that he stands by the commitment to evacuate people and this includes vulnerable Afghans, such as women leaders and journalists after the Taliban's hostile takeover of Afghanistan. (ANI)