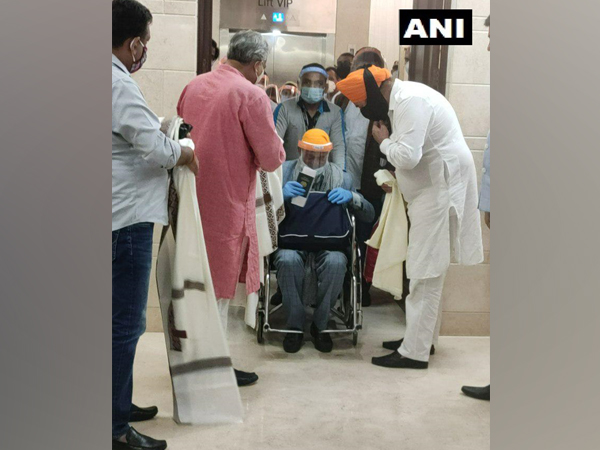 Washington D.C. [USA], July 26 (ANI): The members of US-based Global Sikh Council (GSC) on Sunday appreciated the Government of India for facilitating 11 people belonging to the Sikh community from Afghanistan, who had been the target of extremist atrocities.

"These Sikh and Hindus have suffered greatly in the hands of extremist organisations such as ISIS. It is a great relief and hopefully the end of their suffering," the Sikh body said in a statement.
"For this, we are grateful to the Indian Government, including Prime Minister Narendra Modi to all other officials for their help in facilitating this move. My grateful thanks to S Paramjit Singh Bedi the Chairman of GSC Sub Committee for Afghan Affairs who have been working tirelessly to help these Hindus and Sikhs who have been under death threats since the murderous attack on innocent Sikhs worshipping in Gurdwara Har Rai Sahib on 24 March 2020 which resulted in the death of 25 Sikhs," it read.
"GSC offers its sincere thanks to the members of the Afghan Affairs committee: S Harsaran Singh, S Khajinder Singh, S Surinderpal Singh Bright, S Dalip Singh Sethi, S Randeep Singh, S Partap Singh, Bawa Gurinder Singh, S GS Ahuja, S Charan Singh, S Ram Singh Rathor and Professor Jagmohan Singh for their tireless efforts in facilitating this important breakthrough," the statement added.
The group further acknowledged that the Indian government has welcomed the Afghan Sikhs and Hindus at a very difficult time of coronavirus pandemic. "This success is due to the efforts of all the Sikh community members, and the leadership provided by the Global Sikh Council," it added.
The Ministry of External Affairs recently announced that India has decided to facilitate the return of Afghan Hindu and Sikh community members facing security threats in Afghanistan to India.
The decision comes four months after a terror attack at a gurdwara in Kabul's Shor Bazaar killed at least 25 members of the community.
India has condemned the "targeting and persecution" of minority community members by terrorists in Afghanistan at the behest of their external supporters remains a matter of grave concern.
Leaders of the Afghan Sikh community have appealed to the Indian government to accommodate the Sikhs and Hindus from Afghanistan and grant them legal entry with long term residency multiple entry visas.
Once a community of nearly 250,000 people, the Sikh and Hindu community in Afghanistan has endured years of discrimination and violence from extremists, and the community is now estimated to comprise fewer than 100 families across the country. (ANI)