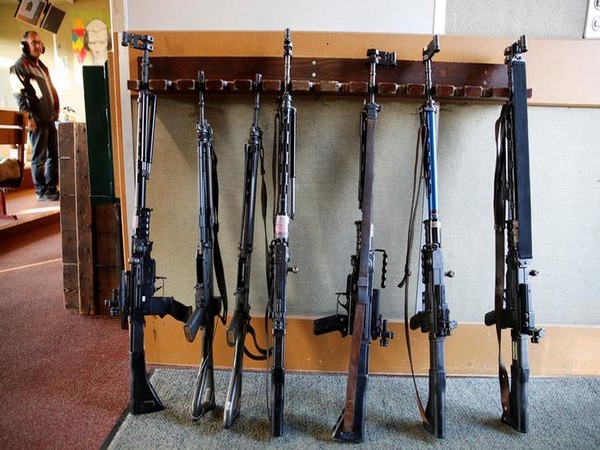 Washington [US], April 8 (ANI): The United States is failing in its obligation under international law to prevent gun violence and to protect its citizens' right to life, says Amnesty International Secretary General Agnes Callamard.

According to Sputnik, gun violence has returned to the spotlight in the country after mass shootings in late March in Georgia and Colorado left a total of 18 people dead. Late Wednesday, the White House unveiled new actions to address recent mass shootings, including a proposal to stop the spread of ghost guns, which are those bought in parts and assembled by the buyer. Yet, the steps clearly fall short of the harsh actions - background checks and ban on assault weapons - earlier promised by Biden.
The victims of gun violence should receive the same treatment as the victims of human rights violations, Callamard said while speaking ahead of the release of the White House statement on gun violence. She explained that even though gun violence is largely committed by the private sector, that does not mean that the country's authorities are not responsible for such actions, Sputnik reported.
"So to the extent that the state has failed in this, in this case, the US is failing its obligation under international law, to prevent gun violence and to protect people against gun violence. The victims of gun violence, all victims of human rights violations. Therefore they are entitled to remedies and reparation by the state, which is why we are recommending that they do provide that," she explained.
Governments across the globe, including in the United States, have the obligation "to create the safest possible environment for the vast majority of people," she said.
"The easy access to firearms in the US and in other parts of the world is one of the main drivers behind gun violence, and under international human rights law, we know that the state has a responsibility to protect and to maximise, to use everything in its power and resources to protect people against threat and risk to their life," she said.
Washington should use all its resources to protect the citizens from such violence and prevent such incidents, she added.
"So, whenever a state does not exercise sufficient control over the possession and use of firearms, the state is failing in its obligation to protect under international human rights law, and frankly, that is currently the position where the United States is," she explained.
Callamard said that the US government should introduce laws that prevent guns from being in the hands of those who may misuse them.
"There needs to be a far more effective vetting process than is currently the case. There needs to be a far stronger process over the kind of guns that people can own in the name of the prevention, you know the obligation of states," she said, adding that funding into gun violence research as well as violence prevention programs is also needed.
Callamard had served as UN Special Rapporteur on extrajudicial, summary, or arbitrary executions since 2017. Her most recent work includes the investigation into the 2018 assassination of Saudi journalist Jamal Khashoggi. (ANI)