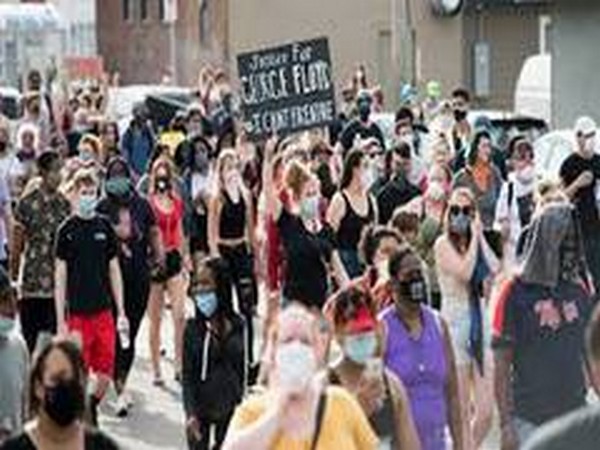 Washington [US], September 17 (ANI): United States federal officials began to stockpile ammunition and seek devices that could emit deafening sounds and make anyone with range feel like their skin is on fire in early June during protests on Lafayette Square over the killing of George Floyd, Washington Post reported citing Army National Guard.

D.C. National Guard Major Adam D. DeMarco testified in front of lawmakers that defence officials were searching for crowd control technology considered too unpredictable to use in war zones.
He said the officials had authorized the transfer of about 7,000 rounds of ammunition to the D.C. Armory as protests against police use of force and racial injustice roiled Washington.
On May 25, Floyd died in police custody in the city of Minneapolis in Minnesota. The initial protests against police brutality and racism in various cities in the United States were soon replaced by incidents of violence across the country. (ANI)
In sworn testimony, shared this week with The Washington Post, DeMarco provided his account as part of an ongoing investigation into law enforcement and military officers' use of force against protesters.
According to Washington Post report, federal forces pushed protesters on June 1 from the park across from the White House, blanketing the street with clouds of tear gas, firing stun grenades, setting off smoke bombs and shoving demonstrators with shields and batons, eliciting criticism that the response was extreme.
The Trump administration has argued that officers were responding to violent protesters who had ignited fireworks setting fires and throwing water bottles and rocks at the police personnel.
The Washington Post said that De Marco's account contradicts with the administration claims that protestors were violent, tear gas was never used and demonstrators were given ample warning to disperse
A Defense Department official briefed on the matter downplayed DeMarco's allegations, saying emails asking about specific weaponry were routine inventory checks to determine what equipment was available.
On June 1 noon, the Defence Department top military police officer in Washington sent an email to officers in the DC National Guard asking whether they had a Long Range Acoustic Device also know as LRAD. It is a microwave like a weapon called the Active Denial System, which was designed by the military to make people their skin is burning when in range of its invisible rays.
The technology, also called a "heat ray," was developed to disperse large crowds in the early 2000s but was shelved amid concerns about its effectiveness, safety and the ethics of using it on human beings.
Pentagon officials were reluctant to use the device in Iraq.
In late 2018, the New York Times reported, the Trump administration had weighed using the device on migrants at the U.S.-Mexico border -- an idea shot down by Kirstjen Nielsen, then the Homeland Security secretary, citing humanitarian concerns.
But in the email, on which DeMarco was copied, the lead military police officer in the National Capital Region wrote the ADS device "can provide our troops a capacity they currently do not have, the ability to reach out and engage potential adversaries at distances well beyond small arms range, and in a safe, effective, and nonlethal manner."
The email continued: "The ADS can immediately compel an individual to cease threatening behaviour or depart through the application of a directed energy beam that provides a sensation of intense heat on the surface of the skin. The effect is overwhelming, causing an immediate repel response by the targeted individual."
Federal police ultimately were unable to obtain a heat ray device -- or an LRAD -- during the early days of protests in D.C., according to the Defense Department official.(ANI)