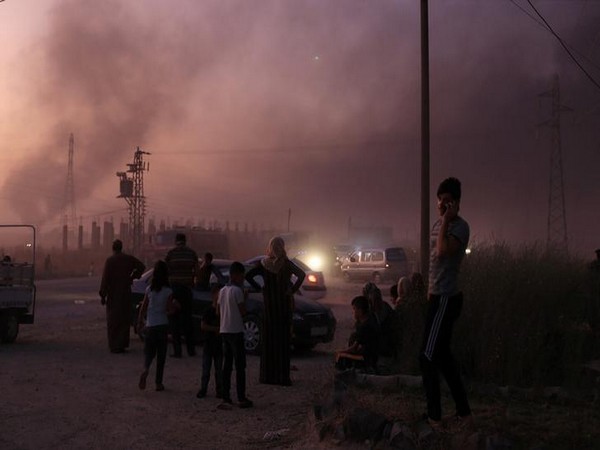 US troops came under fire on Friday from Turkish positions near the Syrian city of Kobani amid the ongoing Turkish military operation against Daesh and the Kurdish-led forces that have been classified by Ankara as terrorists, reported Sputnik.
It gave reference to a report in the Washington Post which cited four current and former US officials as saying Turkish forces have known for months that a US Special Operations outpost had been stationed in this area.
In particular, one of the US officials said, cited by the Washington Post, that multiple rounds of 155mm fire were launched from Turkey's side of the border and that they had a "bracketing effect" in which shells landed on both sides of the US positions.
"That's an area weapon [...] That's not something we ever would have done to a partner force," the official said, adding that Turkish forces knew there were Americans on the hill and that it had to be deliberate, the DC-based newspaper reported.
According to the Pentagon's earlier statement, Turkish shells "exploded a few hundred meters of a location outside the Security Mechanism zone and in an area known by the Turks to have US forces present".
The Pentagon has demanded that Ankara should avoid actions that "could result in immediate defensive action".
Turkish Defence Minister Hulusi Akar said earlier on Saturday that the nation's military is coordinating efforts with the United States in its recently launched offensive, denying allegations that Turkey is deliberately targeting US forces in the region.
The Turkish Defence Ministry also said it had taken necessary measures to prevent damage from being inflicted on a US observation post that was located near the positions of Kurdish-led forces whom Turkey attacked with reciprocal fire.
Turkey launched military offensive dubbed 'Operation Peace Spring' on Wednesday. The move has invited condemnation from the international community. (ANI/Sputnik)